A Russian-German weekend in Anapa 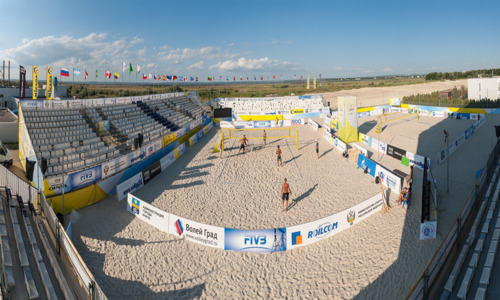 The past week was one of the most intense in the history of the FIVB Beach Volleyball calendar due to two major events happening at the same time. With the world’s elite gathered in Long Beach for the Grand Slam on Californian shores, a lot of lower-ranked teams seized an opportunity to participate in the Anapa Open, held simultaneously as a part of the World Tour geographical expansion.

Situated on the north-east Black Sea coast, Anapa was the first of two Russian cities to host a World Tour tournament. The Anapa Open precedes next month’s Moscow Grand Slam.

As expected, in the absence of the world’s top teams a lot of new faces appeared in Volley Grad. The local favourites Semenov-Koshkarev held the nation’s expectations of reaching the final as they were both very familiar with the windy conditions and the hard sand courts, due to the Russian Club Championship taking place namely in Anapa.

The 208-cm-tall Konstantin Semenov and his defensive partner Yaroslav Koshkarev have impressed on a number of occasions in the World Tour so far, but they had to wait until Sunday to finally get their first pair of gold medals since they first entered the international stage together back in 2011. The top-seeded Semenov-Koshkarev had an arduous task in the final against Lars Flüggen and Alexander Walkenhorst, but prevailed in a game that lasted more than an hour (25-23, 24-26, 15-13). It was the FIVB World Tour debut for the 23-year-old Flüggen, thus for him winning a silver medal could certainly be considered quite a success, whereas the year older 206-cm-tall Walkenhorst has been a Tour member with various partners, but has been more successful on the European Tour and the Junior and Youth Championships.

“I think it was better to have a Russian team win here, otherwise I don’t know if they would have let us go home”, Walkenhorst joked. 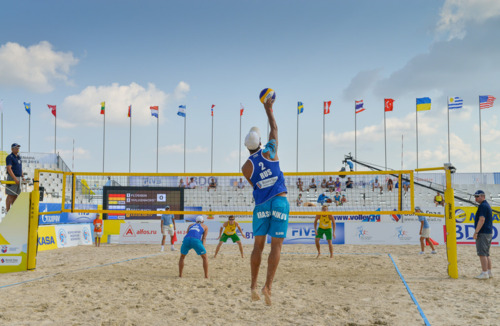 The bronze medals went also in Russian hands as Alexey Pastukhov and Vyacheslav Krasilnikov won on forfeit against another German pair – Finn Dittelbach and Eric Koreng. Dittelbach, playing in the German national championship with the Anapa silver medalist Lars Flüggen, and Koreng had to give up the third-place match fight due to health problems.

You will have the chance to watch these relatively new beach volleyballers next week in Klagenfurt, where the European Championship will be held. We will surely await a new champion, because the reigning beach kings Brink-Reckermann no longer participate as a team after Jonas Reckermann‘s retirement.