A wealth of beach volleyball destinations in 2014 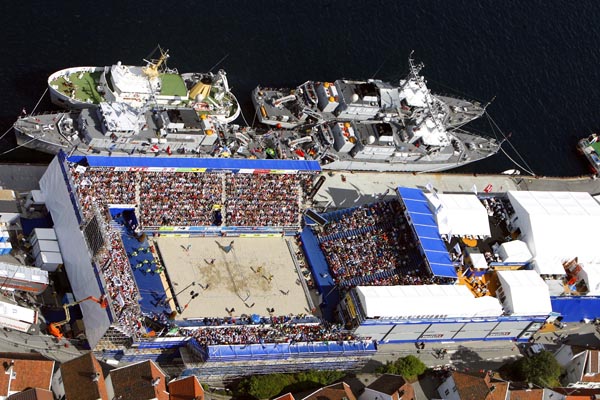 FIVB have surpassed their ideas from 2013 and planned an even longer calendar in 2014. In an attempt to bring the game around the globe, the Beach Volleyball Committee is putting more destination pins on the map than ever.

Last year I also welcomed the season’s expansion for the mere reason that there are overall more pros than cons in offering more events. The one thing I disliked, however, was the uncertainty of the organization of some events at the end of 2013. The calendar was updated several times throughout the season and it all seemed like the whole globalization process was not really well planned and structured. Even on the FIVB’s page you can see that not all tournaments and dates have been confirmed for the upcoming season yet. As much as I admire what they do for the game’s promotion, I am slightly afraid the scenario might repeat itself. Truth being told, 2013 was nevertheless a successful year for the game on sand, so I hope for even more exciting eight months.

A few interesting locations catch the eye at a first glance. FIVB is pleased to welcome Stavanger in the Tour. The coastal Norwegian stop, host of the 2009 World Championships, was last part of the elite organizers back in 2011 and had to suspend the domestic Grand Slam due to financial problems. Klagenfurt, renowned as the Beach Volleyball Mecca, is also back in the Tour after hosting the 2013 European Championships. Such is the case with the picturesque Polish village of Stare Jablonki, where last year’s World Championships were held.

The missing names in the men’s calendar are Rome and Prague. The Italian capital will host the 2014 European Championships in June, whereas the Czech one will welcome the best female athletes for a single-gender Open.

The Pacific shores of the resort Puerto Vallarta will mark Mexico’s return to the World Tour in May 2014. Acapulco was the country’s last international host back in 2006. France will, from an administrative point of view, organize an Open. The Indian Ocean island of Reunion, under the aegis of France, and its main prefecture Saint Denis will offer one of the most exotic beach attractions in the penultimate event of 2014.

Find a more interactive 2014 calendar for both genders at FIVB’s official website here.