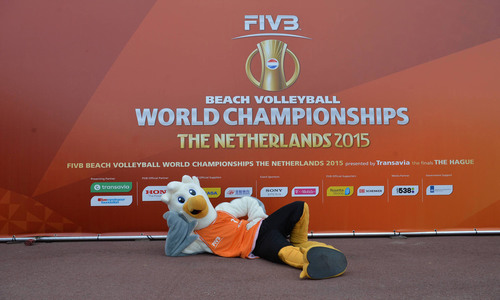 It’s time for the highlights of the summer season! Scheduled every other year, always on an odd year number, the FIVB Beach Volleyball World Championship has arrived in the Netherlands for its tenth edition. This report is exclusively prepared for the most important event in the 2015 calendar and we are aiming at offering you a concise, yet thorough preview of what is about to happen in the next ten days.

In what promises to be a landmark event in the history of beach volleyball, the World Championship will be held in four cities in the Netherlands – The Hague, Amsterdam, Rotterdam, and Apeldoorn. Never before has the event been organized at more than one location. Very special should be the arena in Rotterdam, which is located alongside the cruise ship “SS Rotterdam”.

The final phase, which includes the semifinals, the bronze medal game, and the final, will take place in The Hague. 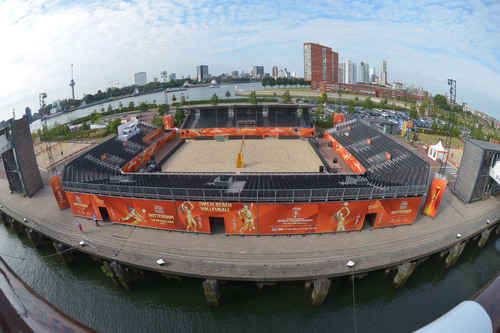 48 teams enter the men’s draw. They were determined through the World rankings, the FIVB World Tour, country quotas, as well as additional qualifications. The hosts from Holland received two additional Wild cards, thus having five teams in total in the men’s draw.

The 48 teams per gender are split equally into 12 pools of four teams using the serpentine system based on the entry points of each team. Only host nation teams cannot be in the same pool. Teams in each pool play a game against each of their pool opponents, completing in this way the Preliminary phase. The top two teams from each pool advance to the knockout first round stage, along with the top eight best third-ranked teams (based on match points, sets ratio and points ratio). The remaining four third-ranked pairs are ranked 33rd while all fourth-placed teams in the pool round are ranked 37th.

There are only single elimination games after the Preliminary phase.

My main concerns are connected to the quota procedures. As with the election of the new FIVB president, the Brazilian Ary Graca, the game (including indoor volleyball as well) has taken a more major expansion, not only in terms of event organizers, but also regarding quotas granted to less familiar volleyball and beach volleyball nations. Consequently, this will be the first World Championship with four teams from Africa. This geographical expansion often comes at the expense of quality due to the fact that not all best teams found a place among these 48 participating teams. With regards to strongest teams taking part in the event, the Main Draw two years ago in Stare Jablonki, Poland, where the last World Championship was held, was surely much more competitive and provided spectators with the best of beach volleyball. Now, probably for the first time in history, the championship will not feature a Norwegian team. The same applies to Turkey’s Giginoglu-Gögtepe, Poland’s Kantor-Losiak, Italy’s Ingrosso twins, and Germany’s Böckermann-Flüggen who were all unable to qualify.

Head coaches and staff also shared their concerns when the schedule was initially released. With matches spread across the Netherlands, their teams will be forced to play in two, three or even four different cities on the same day, making it physically challenging for them to watch and coach their competitors during the tournament.

Unfortunately, injuries have prevented some players from registering for the World Championship. Injuries to both Phil Dalhausser and Sean Rosenthal meant that the pair will not even arrive to compete. Doherty-Mayer took Dalhausser-Rosenthal’s second seed and will play games in Pool B.

The defending World Tour winner Janis Smedins from Latvia has to recover from a surgery following a meniscus tear and will thus also miss the championship. His former partner and 2012 Olympics bronze medallist Martins Plavins will take his place instead and will compete alongside Aleksandrs Samoilovs.

With the draw set, we can clearly say there are two more interesting groups in which we expect a great fight for the top two places. The teams that finish third there will have to prey for good set and point ratios in order to make it to the Round 32.

In the absence of Dalhausser-Rosenthal, Pool B will be very balanced. Doherty-Mayer will have to find a way out in the company of Australia’s Kapa-McHugh, Kazakhstan’s Sidorenko-Dyachenko and New Zealand’s Watson-O’Dea. The Americans, the Australians, and the Kazakhs all have top 10 finishes in the World Tour this season, with Kapa-McHugh’s 5th-place at the St. Petersburg Grand Slam is the most recent among them.

I expect a great deal of drama and nice actions in Pool F. Samoilovs and Plavins last played together at the 2008 Beijing Olympics and will need to adapt their styles to each other as soon as possible. Their opponents in the pool, however, will not make life easier for them. The Chilean Grimalt cousins are a very well-prepared team, while the experienced Dmitry Barsouk and Yaroslav Koshkarev have just won silver at the inaugural European Games in Baku, Azerbaijan, and are surely the most difficult draw among the lower ranks. The Dutch pair van Dorsten-van de Velde will have the home crowd’s support in Apeldoorn and might have their say in the final standings.

The other pools will feature clear favourites who should have no problems finding a spot in the Round of 32. 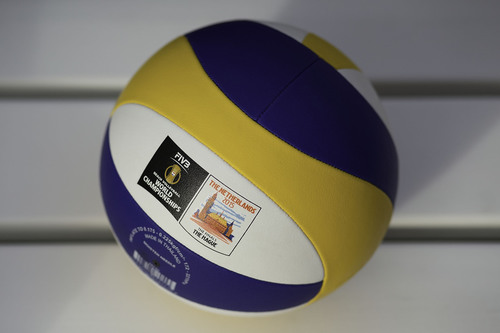 Dutch teams will be eager to show that their success back in 2013 was no accident. To me, Nummerdor-Varenhorst and the reigning champions of the world Brouwer-Meeuwsen will be strong candidates for the title. However, only once has the organizing country seen a home team win the trophy and it happened in 2003 in Rio de Janeiro when Ricardo-Emanuel, competing in Holland this year as well, won the title. So, it is not a bad idea to look a bit further from the Netherlands in terms of candidates.

Based on the enormous development of European beach volleyball, it will not be a surprise if the crown remains in the continent. Now the question is who is worthy enough to take it. I will shorten the list of possible answers to the following two – Herrera-Gavira (Spain) and Erdmann-Matysik (Germany). They have demonstrated a solid display during the World Tour so far and have history behind their backs. The Germans are current World Championship bronze medallists, whereas the Spaniards added a title at the Moscow Grand Slam in May to their rich careers and impressed with a variety of tactical knacks.

Only in 2007 has Brazil missed a final and even a place on the podium in the entire history of the World Championships. I do not believe they will follow the actions next weekend online. Whether they will find inner strength to compensate for the more or less disappointing World Tour results is something that bothers their representatives for sure. In the face of Pedro-Evandro I see a team that is ready to appear in the final on Sunday.