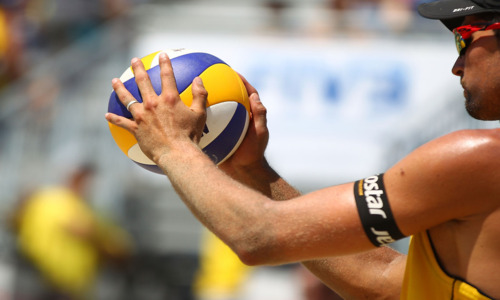 The enchanting Pacific shores of Southern California set the stage for another World Tour Grand Slam week. The Los Angeles-based city Long Beach marked the return of the United States of America to the world’s beach volleyball elite organizers.

With two domestic teams in the semifinals it came as no surprise that Americans had been longing for a good performance at the Grand Slam, presented by ASICS. The appearance of two European teams in the last schedule games on Friday and Saturday, however, was harder to expect.

The afternoon final on Saturday saw local favourites Phil Dalhausser and Sean Rosenthal prevail over the pleasant surprise in California – the Spaniards Herrera-Gavira. The 2004 Olympics silver medalist Pablo Herrera (paired up with Javier Bosma back then) and his younger fellow Adrian Gavira have previously finished in several Tour’s podiums, but have always been in quest for their first title on the international stage together. A rich collection of silver and bronze medals was last refreshed at the 2012 Myslowice Open when one of the most spirited tandems won the 3rd place match. Injuries have been the cause of the pair’s disappearance after the 2012 London Games and at the beginning of the current season. Herrera-Gavira went a long way from the 17th position in The Hague Grand Slam, through the two consecutive quarterfinals at the World Championhips in Stare Jablonki and last week in Gstaad to the final game in Long Beach. 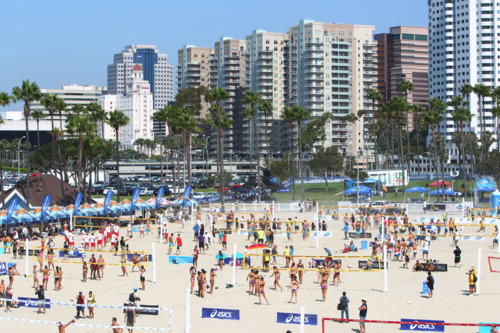 In California, however, the Spaniards were helpless against a very determined American pair that gave them few possibilities to look for a first FIVB gold medal. A 21-15, 21-18 win in approximately 45 minutes brought Dalhausser-Rosenthal their third title in 2013, following the win at the season opener at Fuzhou and the Rome Grand Slam victory. Looking at the season stats, we can see that every time the new pair Dalhausser-Rosenthal makes it to a semifinal they eventually win the event.

Following their gold medal victory, Rosenthal commented, “It was a lot of fun to play in front of our hometown fans and family. It usually happens that the team you practice against is usually the team you end up facing towards the end of the tournament. That is just how it happened for us today, we were practicing against Pablo and Adrian earlier this week and sure enough we meet in the finals. It was a great match, well played by both sides. Luckily for us we made a few plays at the end to come out on top.” 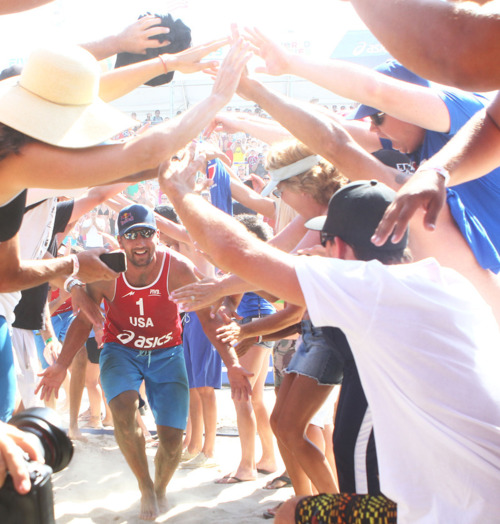 There could have been two sets of American flags at the ceremony on Saturday had the other local heroes Jacob Gibb and Casey Patterson managed to take the bronze medals. Instead, they went in possession of the Italians Paolo Nicolai and Daniele Lupo. A straight-set score of 21-16, 21-13 was enough for the 6th-seeded Europeans to add up the Long Beach bronze to the third-place finish at Corrientes and the silver from Fuzhou. It was the fourth top four finish for Gibb-Patterson in this year’s World Tour. An praiseworthy achievement for the second best American team as they have been enjoying their debut season together.

In other Tour related news, the female coach of the Brazilian team Emanuel-Alison announced that a decision had been made to split up the pair temporarily for a few tournaments. It might turn out to be a good decision for the 2011 World champions and reigning Olympic silver medalists as their recent performance can be considered nothing, but mediocre. The two new Brazilian teams to appear soon on the Tour are rumoured to be Emanuel-Evandro and Alison-Vitor Felipe.

After a two-week break the World Tour goes back to Europe. Berlin will host the next Grand Slam in the period 6th till 10th August.