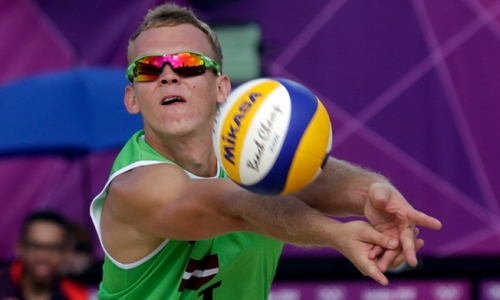 Latvia’s Janis Smedins got acknowledged by receiving five of the 2013 season awards following the closure of the beach volleyball calendar. The 26-year-old versatile player, who has shined both in defence and at the net in his career on the sand, has gone a long way from taking the 2012 Olympic bronze medal to being named FIVB’s best at the end of 2013.

The success of the Latvians in the World Tour and the World Championship title by the promising Dutch duo Brouwer-Meeuwsen marked the beach volleyball year and sent a vivid message that youth is stepping up. The overall 2013 ranking shows that the more experienced players, or rather the thought-to-be favourites, have been facing issues with the more energetic new generation.

Team of the year
Janis Smedins and Aleksandrs Samoilovs (Latvia)