Is Bernardo Rezende going to leave volleyball for… policy? 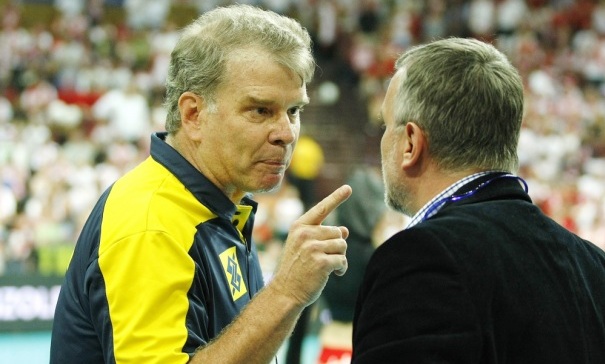 Is anybody of you able to imagine volleyball without charismatic Bernardo Rezende? You probably should because there are some rumors he would like to wind up his coaching career for fulfill his ambitions in politics.

According to some sources, Bernardo Rezende, the head coach of man’s Brasilian National Team woman’s club Uniliver Rio De Janeiro, could give up volleyball career devoting himself to politics. He would like to apply for a post of the governor of the Rio de Janeiro State.

“It’s the economy, stupid!,” Bill Clinton directed this sentence to his rival, George Bush Senior,  in U.S presidential elections in 1992 and sealing his victory so. What political slogan would have to come up with Rezende? No password. He is so popular, intelligent, and resourceful to win over voters and then to realize his manifestos , what is confirmed by numerous requests from political parties directed to Rezende for joining their forces.

Two major political parties in Brazil – PSDB and PMDB are competing for the place in government of Rio State. According to sources, Rezende has discreetly joined PSDB and is going to be Senator Aetius Neves’ choice for the governor.

There are two obvious questions. If Rezende was elected, the opposition political parties in Rio De Janeiro and their members would be in trouble, because Bernardinho is known as extremely impulsive at work (only at work) and he would arguably organize very hard training for white collar workers in Rio De Jeneiro Parliament. The other aspect is not nice as well, as  volleyball world would lose an icon, which seems to be irreplaceable.