Is it the right time to leave, Mr. Abbondanza? 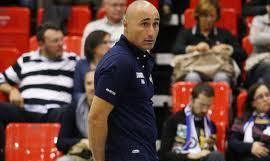 When you’re in Bulgaria and you’re talking about sports success there is always one kind of a sport that goes through people’s mind. Of course, maybe some of the sports fans remember the hot summer of ’94 where the National football team finished 4th.But when we’re thinking about permanent representing, volleyball is sport number one in this list.

Supporters in Bulgaria are somehow used to the good achievements of the men’s team, but the situation with the women was not the same. Till this summer- when the girls of Marcello Abbondanza were the good surprise in FIVB World Grand Prix. Maybe the pressure was to high on Strashimira Filipova&co because now everybody was expecting that Bulgaria will do something bigger in the European Championship.

And then came the surprise…  The Bulgarians came home earlier than expected (even the Vice president of the Bulgarian volleyball federation- Liubo Ganev, told they have bought tickets for the next stage of the competition).

Ok, volleyball is like life- it has its ups and downs. First you beat the reigning champions from Serbia, then you loose from Poland and Czech Republic. Maybe you’re now wondering why exactly am I writing this article?

I will tell you why. The head coach of the Bulgarian team- Abbondanza, told in a  press conference after the game against Chezh republic , that he is considering of leaving the team:

“This is our destiny, our story. Same thing happened in FIVB World Grand Prix. We have a team of young players, many of them  find a place in the starting 6 for a very first time. But I am facing an interesting problem- my players, who are technically good prepared, seem to still not have gained a good psychological level.  On Saturday we lead on Poland in first set with 21:14 and then lost it. So, you see – it is not about volleyball skills, but about  the mental abilities. This team could be one of the bests if the girls manage to improve this element . This team must learn that the patience is on first place. The National team is not the place where one should show personal skills. They have to do what is best for the team. And I am often asking myself- where did I go wrong? Honestly, I don’t know what the future will bring to me. I want to have a bit of a rest and will think about it. After the vacation I am going to Istanbul , I don’t know what decision will they make in the Bulgarian volleyball federation. But I personally have to make important decisions too, to decide which will be best to me”.

From the Bulgarian volleyball federation  told they will leave Marcelo to decide alone what does he want. The situation will get clear most probably in two weeks time when the emotions and the disappointment will not have the leading power in making decisions. There will be a meeting between Abbondanza and BFV. Both sides have a contract signed which applies till the Olympics in Rio de Janeiro 2016 but there is a clause that the contract could be dissolved if one of the parts is not pleased.

And this is the part when we begin to ask ourselves: Where did the National team of Bulgaria go wrong and should changes be made quickly? Abbondanza tells patience is an important element of good game. But where is the patience now- if we look on life as a volleyball game, we could see that we need to be patient not only when we are on the volleyball field, but also when we are on the field of life.   Any team at any time deserves more than one chance – only this way it could develop.

And you, dear volleyball friends, what do you think? Should Marcello Abbondanza leave the Bulgarian team ?

I think the answer is in right in front of us, well hidden in the first volleyball lesson- don’t give up.