Who is the Best Volleyball Coach in the World? 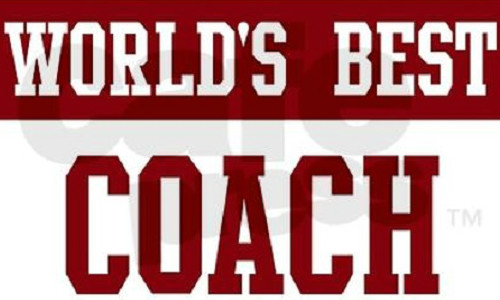 There are several factors apart from the luck for being a good trainer and Head Coach of any sport. Sacifice, dynamism, responsibility, creativity, enthusiasm and leadership have to be joined by the knowledge and experience acquired across the years. But to be the best, you must possess other benedictions. First you must rely on a good program of development, besides high-level athletes with exceptional capacities that they should compare with those of their adversaries, and finally that these players and your staff, believe in the work that is carried out.

To be successful has its negative part in the continuous stress, pressure, the critique and the failure. These prominent figures that today I present have lived through all these already mentioned experiences and are outlined of other big figures of the volleyball due to the quantity of achievements obtained across their career.

See who are the most successful Volleyball Coaches of the World regarding my thoughts.

Bernardo Rocha de Rezende known as Bernardinho (Brasil) (Born Aug 25, 1959)Rezende is the most successful coach in the history of volleyball, accumulating more than 30 major titles in twenty-years career directing the Brazilian male and female teams.  He has played volleyball from 1979 to 1986, and competed in two editions of the Olympic Games, winning the silver medal with the Brazilian team in the 1984 Summer Olympics. In 1988, Rezende started his coaching career as an assistant to Bebeto de Freitas at the 1988 Summer Olympics.

In 1990 he became coach of Brazil’s female team, leaving in 2000 after leading them to two bronze Olympic medals and three FIVB World Grand Prix titles. Since 2001, Bernardinho has been the coach of the male team, with whom he won the Olympic title in 2004, three World Championships, two World Cups and eight World Leagues.

Eugenio George Lafita: (Cuba) (Born on March 29, 1933 – Died on June 1, 2012). He was a Cuban volleyball coach. His volleyball career started in 1947 and his coaching career began in 1963 with the Cuban men’s junior team. He built up the foundation of the men’s senior team that took the gold medal at the Central American and Caribbean Games in San Juan, Puerto Rico (1966).

In 1968 took charge of the Women’s National Team and trained it for 32 years. Under the management of George Laffita, the Cubans also clinched titles as it follows:

Nikolay Karpol “The Howling Bear”, (Russia) (Born on May 1, 1938). He was a Russian women’s volleyball coach. Karpol is one of the most experienced international volleyball coaches. Famous for yelling at his players all throughout matches and for organizing the game based on mathematical game theories.For lifetime dedication and great career, he was inducted in 2009 to the Volleyball Hall of Fame.

José Roberto Lages Guimarães (Born on July 31, 1954). He is a Brazilian former volleyball player and current coach. He is known as Zé Roberto. Played volleyball between years 1967-1988 as a professional, he has been coaching since 1988. He coached Brazil Men’s Team from 1992 to 1996 and he is still coach of Brazil Women’s Team since 2003. He won the Olympics at Barcelona 1992 with Brazil’s Men and won Beijing 2008 and London 2012 with Brazil’s  Women. Major achievements as a volleyball coach:

Julio Velasco (February 9, 1952 Argentina) is a professional volleyball coach from Argentina, who guided the Italian national men’s team to several successes in the 1990s. After the 1996 Summer Olympics, where the Italians won silver, he switched to the Italian women’s team (1996–1997). In 2011, Velasco was signed as the head coach of the Iran men’s national team. He became coach of Argentina men’s national team before his contract with Iranian national team on 1 March 2014 had expired. This change in the team was due to request of the people and country president of Argentina, and was approved by the Iranian volleyball confederation.

Major achievements as a volleyball coach:

Began his volleyball career playing the Russian club teams until 1967. Achieved major success as a coach of the Russia men’s national volleyball team. Inducted into the Volleyball Hall of Fame in 2002.

His major achievements as a volleyball coach:

His major achievements as a volleyball coach: