After four weekends, UPCN and Bolivar are already on top 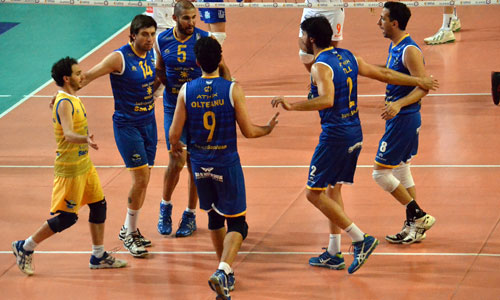 Nothing or nobody can stop them. After two weekends, UPCN San Juan Voley and Personal Bolivar won 4 out of 4 and lead the Argentinean A1 League with 12 and 10 points respectively.

The fourth place in FIVB Club World Championship gave UPCN the energy boost they needed to start with a perfect record the Argentinean League. With a great performance of their middle-blockers, Martin Ramos and Junior Sousa, the team of San Juan hasn’t lose any sets yet and rules the tournament with 12 points, after defeating Boca, UNTREF, Lomas and Ciudad.

Bolivar, in the other hand, needed 5 sets to beat Ciudad and Lomas, so their score is not perfect despite having won their four matches (they also defeated Formosa and Sarmiento). Tuba, the Brazilian opposite who returned to Bolivar to recover the crown won in 2004, is the most distinguished player at the moment, having scored 136 points so far.