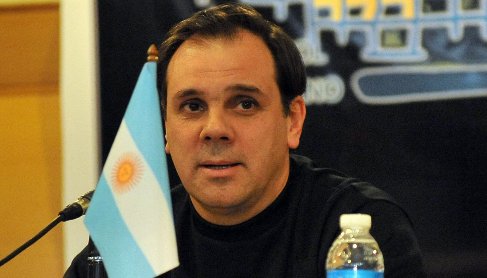 With an unexpected and sudden turn, the Argentinean Volleyball Federation (FeVA) decided to terminate the contract of Javier Weber, the men’s national team head coach. He was signed through the 2016 Olympics in Rio.
Christmas eve was not happy for Argentinean volleyball. Tuesday morning, the country woke up and found out that the men’s national team head coach, Javier Weber, got displaced from its charge after a number of meetings between Juan Antonio Gutierrez (FeVa’s president) and the directors of the regional federations of Argentina.
Weber took charge of the Team in 2009, after Jon Uriarte’s resignation. In this five years, Argentina reached the 9th place in 2010 World Championships, the 5th place in 2012 Olympics, and a historical 4th place in 2011 World League, amongst other achievements.
Besides, he commanded a very important generational change of players with great success, conforming a strong and young base that put Argentina back in the map.
Only FeVA’s council knows who will replace him, but two names transcended in the volleyball environment: Marcelo Mendez, recently world champion with Brazilian Sada Cruzeiro, and Julio Velasco, one of the main responsible’ s of the Iran’s excellent moment.