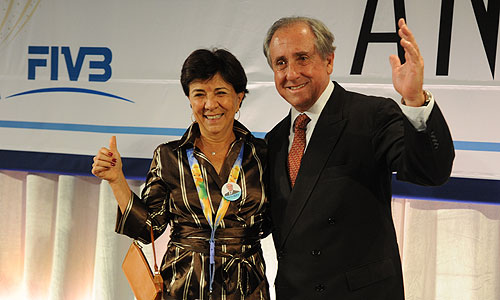 Speaking about his appointment, Dr. Ary Graça said: “I am truly delighted to have been elected to this esteemed position and it is a huge honour to be chosen as President of the FIVB in its first-ever democratic election. I am deeply motivated and passionate about Volleyball and Beach Volleyball, and I believe that I can help make a difference to the future of the sport. I look forward to working with my colleagues to collaborate on ideas, share expertise and experience and together build a brighter and better future for the world of Volleyball.”

Dr. Ary Graça has enjoyed a long and distinguished career within the sport world. His sporting profession started in 1960 in athletics which led to a long-standing volleyball career playing in the Brazil National Volleyball Team for five years (1963 – 1968) and winning a Gold Medal for the World Master Games in the Olympic Games – Denmark (1989) plus a Gold Medal at the World Master Games – Portland (1998).

Dr. Ary Graça declared his twelve-point Manifesto at the FIVB World Volleyball League in Sofia, Bulgaria in July 2012 showcasing his proposed direction for the future of the Fédération Internationale de Volleyball, which included key points: