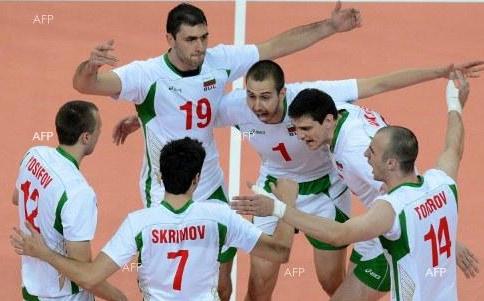 The Bulgarian national team started the preparation for the European Championship in Poland and Denmark (20.09-29.09).

15 volleyball players took part in the first training, which was held in sports hall “Hristo Botev” in Sofia, Bulgaria. The only missing was the libero Teodor Salparov, who has received a personal permission to join the team on Monday. The Italian Camillo Placi , who is head coach of the Bulgaria, wasn’t in the sports hall neither. Placi is still in Italy, where is recovering from an illness. Let us remind you that Placi got ill during the Finals in FIVB World League 2013 in Argentina.

The first training of the Bulgarian team was lead by the assistant of Placi- Nayden Naydenov. Vladimir Nikolov- menager of the team, was attending the practice too.

Nikolay Nikolov and Teodor Todorov also took part in the training. Both missed the World League 2013 because of injuries.

Here is the list of the players who are going to take part in the trainings for ECH 2013: