Can Portugal dominate the Men’s Challenger Cup in 2021? 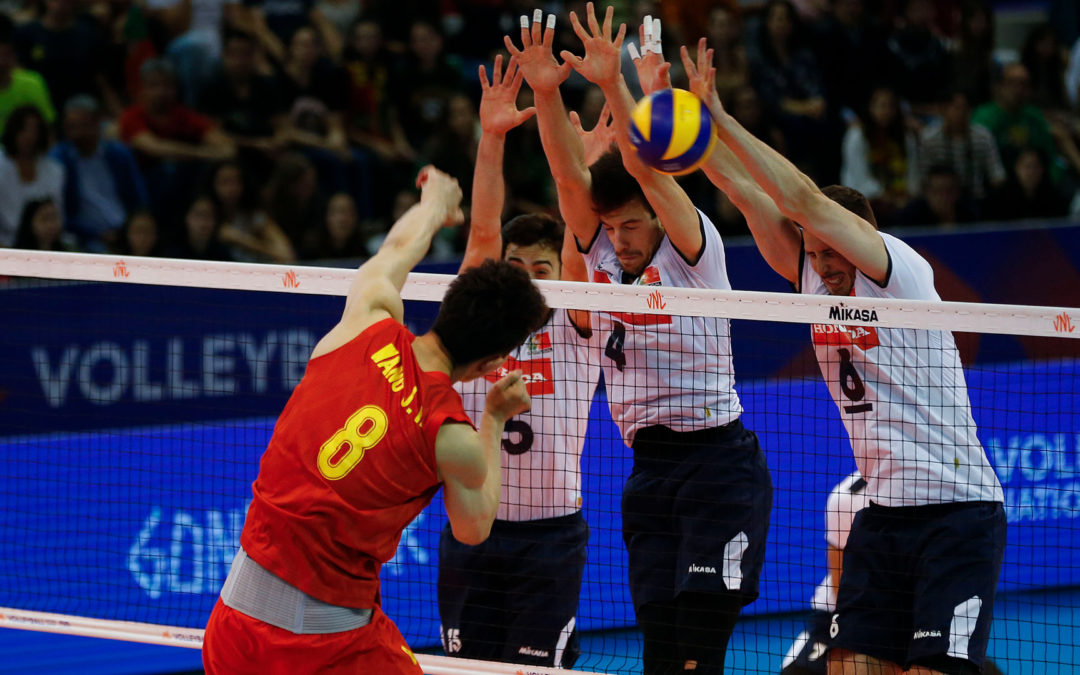 Portugal hosted the inaugural FIVB Volleyball Men’s Challenger Cup in 2018 and capitalized on home soil to win the tournament. However, due to other commitments, they surrendered their title in 2019, allowing host nation Slovenia to take the crown.

There has been a pattern in the early stages of the competition that has allowed the host to triumph. These tournaments have helped build interest in the sport, with sites such as Eurosport providing handy explainer videos for anyone new to volleyball.

Portugal are once again tasked with hosting the tournament in 2021 and will be determined to continue the run. Hugo Silva’s men could not compete in the FIVB 2019 Challenger Cup and instead were participants in the Nations League. The campaign ended on a sour note as the Selecao finished 15th out of 16 nations competing in the tournament.

The 2021 Challenger Cup will provide Silva and his team with the opportunity to get back to winning ways, and perhaps a future opportunity to compete at the Nations League. However, there is a large discrepancy in quality between Portugal and leading nations in the world. The Selecao can take steps forward in bridging by the gap by building their confidence in the Challenger Cup and cultivating further talent. They proved that they are capable by achieving the feat three years ago and will be hopeful of lining up a similar outcome.

As the host nation, Portugal automatically qualified for the tournament in 2018. The city of Matosinhos provided the location for the event, beginning on June 20. Portugal set the tone for the rest of the competition in their Pool A opener with a 3-0 set triumph over Estonia. All three sets were routine victories, winning by a 75–55 margin on points. The Selecao secured their spot in the knockout phase of the competition by defeating Kazakhstan with another dominant outing.

Silva’s men set up a contest against Cuba in the semi-finals with momentum on their side. And although Cuba provided a tougher test than their previous opponents, Portugal did not break their stride securing their spot in the final with another 3-0 victory. The third set was a close affair, but the host nation rose to the occasion when it mattered the most to edge out their rivals by a 26-24 margin.

The Czech Republic loomed in the final fresh off their win over Estonia, and they were to rock the Selecao in the opening set with a 25-18 victory. However, the response from the host nation was emphatic and they claimed the crown with three flawless sets, asserting their power on their opponents. Given their dominance at this level of competition they are likely to be among the favorites with leading bookmakers when the tournament starts.

Alexandre Ferreira is expected to captain the side once again and few people would bet against Portugal at a lower standard as they did in 2018, and they have even been richer for their experience in the Nations League, which was a tough pill to swallow.

Struggles at A Higher Standard

In their first taste of action in the FIVB Nations League and lacking in star talent, Portugal would have to exhibit complete team performances to advance to the knockout phase. However, the Selecao were stunned by Argentina and Canada in their opening two matches, losing both contests 3-0. Portugal ended week one on a strong note with a brilliant performance to overcome Bulgaria by a 3-1 margin.

The Selecao took control of the first set before Bulgaria leveled the scores and it would have been easy for Silva’s team to collapse against the experienced outfit. They proved a point by upping the ante and edged out their rivals in two tight sets.

The second week of the tournament handed them a tougher draw against Russia, Italy and the United States. They lost 3-0 to Russia and Italy, but Portugal did battle against the States to take a set off their prestigious opponents led by Nations League MVP Matt Anderson, who enjoyed another outstanding tournament building off his previous gongs at world events.

Week three was their best of the competition, beginning with a triumph over China that was immediately checked by a defeat to Brazil, and the incredible talents in their squad. The Selecao then enjoyed a tense battle with Serbia, which went down to a decider, only for the Serbs to emerge with a 15-9 triumph.

The cracks widened with further losses as a lack of belief set into the ranks against France, Iran and Australia, although the margin of their defeats was not substantial. Portugal ended their tournament on a low note with three further losses, finishing second bottom of the overall standings.

The competition was a humbling experience for the Selecao, but one that they can learn from in the Challenger Cup. If they maintain their form from the previous competition, Silva and his team will get a second chance at the Nations League.