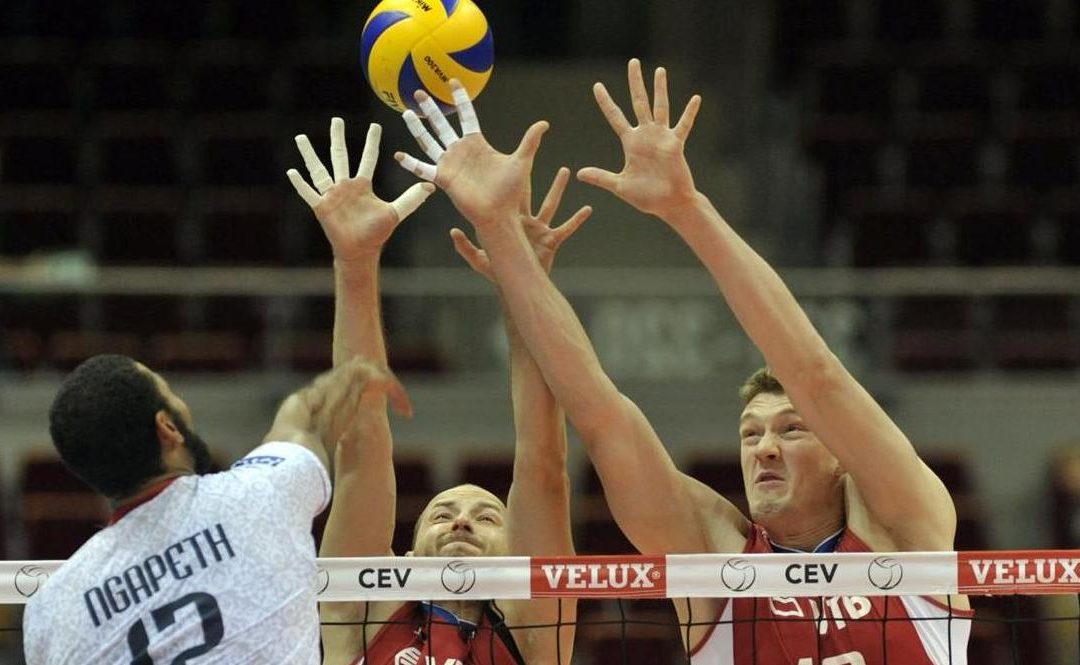 An outstanding performance was ensured for fans at Ergo Arena, Gdansk/Sopot by France and Russia on the EuroVolley quarterfinal. The Olympic Champions beat France after exciting game and got a plane ticket to Kopenhagen. The Frenchmen, in spite of the failure, can return home walking tall as they shoved one of the most attractive volleyball of all teams being really close to hunt Russia down.

Russia got off to a flying start showing all of their potential, especially with a series of terrific blocks. France still was able to keep the score relatively close but Russia was not to stop and with a very good performance in reception as well as via the spikes killed by Nikolay Pavlov, the 2012 Olympic champions could finish it off at 25-17.

France stepped up in the second set anchored by Earvin Ngapeth who was the player Russia found most difficult to stop. “Les Bleus” got a margin of two points by the first technical time-out (8:6) and Russia head coach Andrey Voronkov was forced to stop the game as his guys were trailing 8:13. This break did not help his side change the course of the game and with France serving and blocking with great efficiency, the winners of Pool B could cruise to a spectacular 25-17 to draw level in sets and re-open the fate of the match.

Nikolay Pavlov was the one who stood out for Russia in the early phases of the third set but France was nevertheless able to keep their deficit to a minimum. Antonin Rouzier was the most prolific player for France and a mistake by Pavlov evened the score at 15 all. However, after Rouzier was stopped by a three-man block, France looked a little shocked and an error by Ngapeth sealed the final 25-22 for Russia.

Mory Sidibe replaced Rouzier in France starting six and that move paid off for “Les Bleus” stormed out to a 6:1 lead in the fourth set. Russia still found the way to claw back and leveled the score at 7 all. A neck-to-neck race followed up to 11 all. After a single block by Dmitriy Muserskiy on Ngapeth Russia got a margin of two points (14:12) and even though the score remained tight also after the second technical time-out, Russia widened the gap at 21:18 and brought it home at 25-21 to claim their ticket to the semis.

“It is always very tough to be eliminated from a competition especially after you have performed as well as we did in the group stage” said France team captain Benjamin Toniutti. “Today we played a good game but the best team in the world was standing on the other side of the net. I am proud of my team because we have a very young roster but we performed well. I think we have a bright future ahead”.

“We are sad because we wanted to fulfill our dream and play the semis. We tried to perform well especially in defense, but we did so only for one set. We nevertheless fought until the very last point of each set and I hope this game will be a valuable experience for my players. Hopefully next time we will be able to beat Russia” said France mentor Laurent Tillie.“We are obviously happy with our victory after a very tough game with France. Today it turned out that we are better than France”

Russia team captain Sergey Makarov said. “France performed well and we had some problems but we eventually managed to make it through. Their players are young and very talented so I think France will be a very tough opponent in the near future. We now want to relax for a while and start preparing for the semis”.

“We knew that France with their young players was going to put up a real fight and we were ready for this. My primary goal was to break their defense system and we did so, thereby being able to play our game” concluded Russia head coach Andrey Voronkov.