EuroVolley: The sweet revenge of the last semifinalist 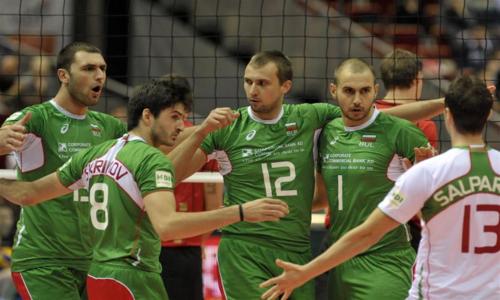 After a physically devastating playoff against Poland last night, Bulgaria had to go through another epic and emotionally challenging clash tonight against Germany on the way to Copenhagen. These two sides already met in the preliminary Pool D in Gdynia on Saturday when the Bundesteam prevailed in five sets, but the more important win was taken a few hours ago by Placci’s lads in “Ergo Arena” in Gdansk.

Germany was full of hope prior to the quarterfinal. Three straight wins in the preliminary pool, including a smashing 3-0 against the reigning Olympic champions Russia, a favourite number one in Copenhagen just as well, and a day extra rest were all factors that Germany had not come to Poland to enjoy the championship from the stands. The only problem for Vital Heynen was a psychological one – to keep the momentum of the team. In fact, something that has historically been proven very difficult for the Germans. Despite Heynen’s attempts to release the pressure from his team at the arrival conference, the memories of the last time these two previously met, in an Olympic quarterfinal a year ago, would certainly keep him alert.

Todor Skrimov‘s return has been well used by the Bulgarians, who took a better start into the game, leading at 16-11. The intertia they had gotten from last night’s drama, keeping some of them awake till the early hours of the day, was to be used and to compensate for the “heavy” feet. A change of leadership at the end of the opening set and a bad pass from Georgi Bratoev to the EuroVolley top scorer Tsvetan Sokolov ended up with a block by the massive debutant Tim Broshog for a 30-28 nerve-racking finish.

And just as yesterday, Camilo Placci kept on pushing his guys and never ceased to believe they could turn the game around. His tactics to target the Ukrainian-born Denys Kaliberda on Saturday did not work out. What is more, Kaliberda was then clearly the man of the match and outplayed the Bulgarian block. However, Placci’s persistence did him a favour this time and Kaliberda was often struggling in reception. As a matter of fact, the referee allowed his overhand passes several times when he had all the reasons not to do so. Chistian Fromm was also inefficient and was substituted quite successfully by the Generali Unterhaching receiver Sebastian Schwarz. The biggest problem tonight for the Bundesteam, however, was the quiet game of Gyorgy Grozer. He did not reach his otherwise amazing level and made it often too easy for Viktor Yosifov, who had a blast. 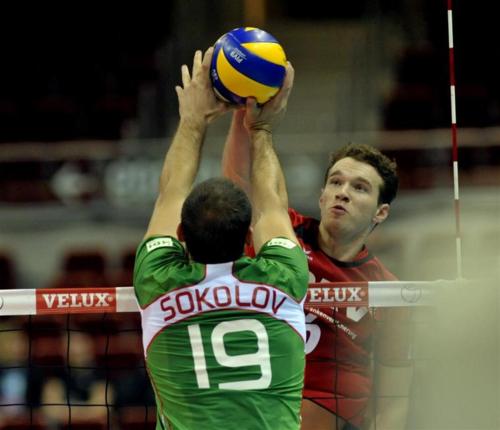 Once back and kicking, the Bulgarian team was full of emotions. Sokolov was leading patiently his team towards another victory, getting support from all his teammates, including the key substitution Nikolay Penchev. The new signing of the Polish League winner Asseco Resovia Rzeszow had a decisive run of float serves in the fourth set, targeting, of course, Kaliberda. Overall, the “lions” finished the match in style and with thirteen aces – something that I cannot really remember to have happened recently.

While Germany will have to take the road home, Bulgaria will take advantage of its early hotel booking in Copenhagen. Two days should be used carefully to regain the excessively lost energy. On Saturday at the Parken national football stadium Bulgaria will face a known opponent, Italy, in a quest for rewriting its own history.