EuroVolley: Who will be the King of ‘Wonderful, wonderful Copenhagen’? 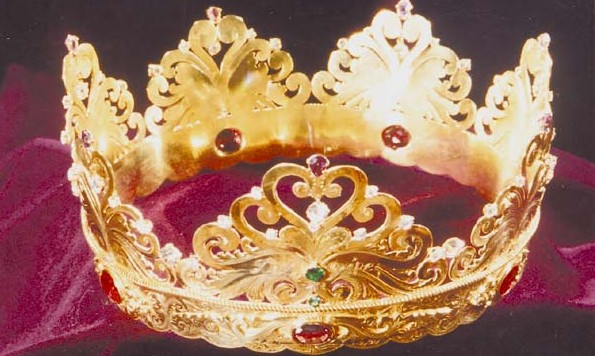 Four best European National Teams has finally got through to their desirable aim called Copenhagen and Parken Stadium. Russia, Serbia, Italy, and Bulgaria are going to claim the special crown, however the favourite is only one – Russia! Is any team able to defeat “Sborna” and brake off its supremacy in volleyball and to be crowned to the King of Europe by the Price of Denmark? It is high time to start the Judgement Weekend!

The first match of the EuroVolley 2013 semi-finals is going to be a repeat from before two years, when Serbia faced up Russia also in the pre-final duel in Vienna and finished off the game in tie-break after a horrible mistake of referee to finally triumph in great final and pick up the trophy. At that time, Serbia also was not perceived as the favourite, but took advantage quite favourable “tournament’s tree” and marvellous Ivan Miljkovic. However, there had changed a lot since 2011 and it seems there are not many symptoms militating in favour of Serbia on Saturday’s afternoon. So far, Serbian players have not confronted any demanding rival at the EuroVolley 2013 and probably nobody is able to estimate their potential especially that Igor Kolakovic’s boys were afraid of advance from the group stage until the last game day due to unexpected failure already on the opening match. Indeed! They were one set  from elimination against the Netherlands. Moreover, the rest of duels also turned out not to be a “piece of cake” as a result, the score frequently was in young Aleksandar Atanasijevic’s hands, while others supposed leaders disappointed committing trivial mistakes. Yes, exactly! Unforced errors appear to be a basic disadvantage of the Serbian team and figures prove this fact. 145 mistakes what is 29 per game! It is an alarming quantity and if these values are not reduced, the defending champions should not come out the court of Parken Stadium.

However, the most significant change had happened for the last two years is a true metamorphosis of Russia. This is not the same team that was beaten by Serbia In Austria, but much stronger and first of all much experienced. At this year’s European Championships, Russia raised up after an astonishing debacle on the premiere game against Germany in problem-free way and then showed off really exhilarating on each space of volleyball as technical, tactical as well as physical. As it is very hard to recognize any Russians disadvantages because they dispose of very good reception, perfect block and great organisation on counterattacks. What is more, extremely quick backward, “corner” sets to Nikolay Pavlov and frequent using of Dimitriy Muserskiy are killing, but the key is the serve. If Russia is able to switch on its massive serve, any team in the world can overcame “Sborna”. Serbia too.

Bookmakers also anticipate quite convincing victory of Russia, hence, you can earn not impressive money. But if Serbia is able to win and some of fans predict this surprise, he or she may grab quadruple number of invested funds.

Italy went ahead with the European Championships as one of favourite, but probably the most nondescript and has not changed the name until now, because “Azzurri”, likewise Serbia, has not faced any opponent top team and just got about outsiders or lower noted teams. That is right as Italy did not tilt any front-end competitor from best 30 of FIVB ranking. What is more, they arguably gave up the match against Belgium to refuse Serbia in quarterfinals. But, no more divagations! The time to judge has come as Italy has to exhibit bravery versus Bulgaria and its outstanding Tsvetan Sokolov. The “Lions” (it is the Bulgarian nickname), in opposition to Italy, had to appear in front of aces and played sometimes very attractive volleyball… until playoff. By that date, the setter of Bulgaria, Valentin Bratoev was showing fresh and various style using middle-blockers and pipes very often. However, the match versus Poland brought Bulgaria quarterfinal and the return to well-known and nota bene efficient variant. It is “Sokolov, Sokolov, and one more time Sokolov”. It occurred to successful strategy for that mentioned playoff and then in quarterfinal, but if it will be enough for the semi? It depends whether Mauro Berutto finds a solution for stopping Tsvetan Sokolov. It is highly possible for Italians are one of three best prepared teams in the world as far as tactics and, what is more vital, they are almost always able to realise all setting-ups. The World League 2013 Final Six confirmed this notice, when “Squadra Azzurra” got volleyball out of Sokolov’s head and claimed bronze in the expense of Bulgaria. Notwithstanding, Italy does not have the same strength as two mounts ago due relevant problems starting from an injury of Cristian Savani, whimsical shape of Luca Vettori and ending on the lack of value alternatives to the bench.

Which team will win and take the great final? Very good question. It seems Bulgaria owe a bit stronger players staff for now, but Italy has something what Bulgarians players has just on their dreams. This is the “killer’s instinct”, in which bookmaker believe proposing a tad less gainful ratings (For fans) to Italy.

Russia, Serbia, Italy or Bulgaria…? Which of them will be singing the following song in Sunday’s evening? https://www.youtube.com/watch?v=iNy9Hmp2n5Y