Farhad Ghaemi: Retiring After Making His Mark on the International Stage 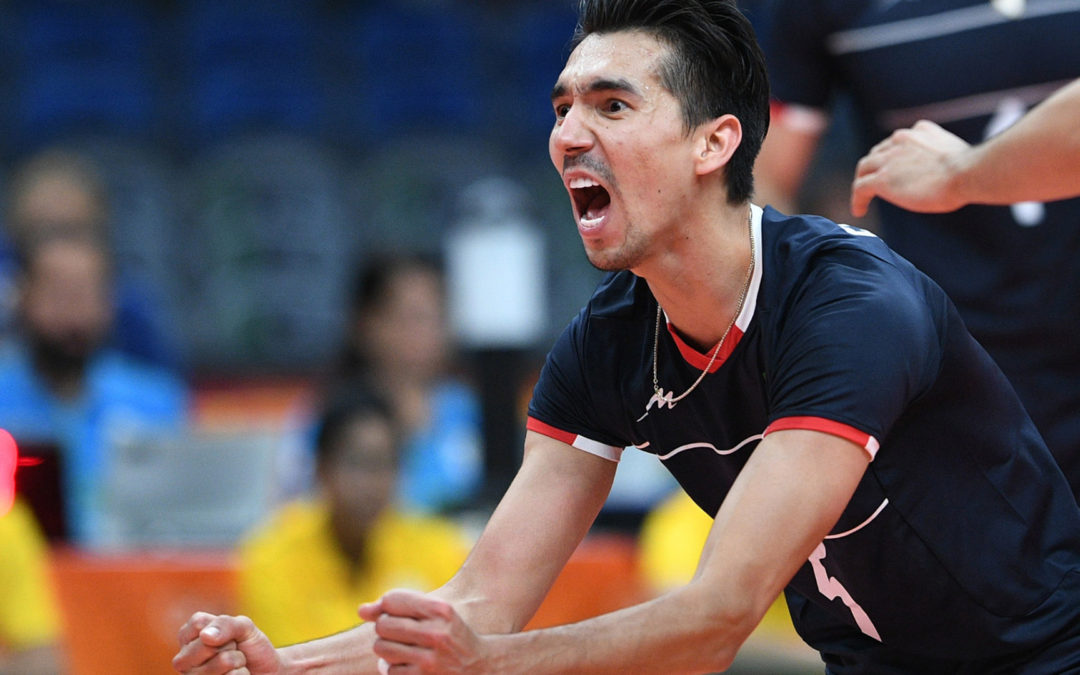 On March 25th, 2021, Farhad Ghaemi announced his retirement from international volleyball. The 31-year-old first represented his country, Iran, in 2011, and he performed at the highest level for a decade. Although the outside spiker will continue his domestic career, he walks away from the international stage as a four-time gold medalist. Throughout his time with the Iran national team, the 31-year-old achieved the most prestigious honors in Asia. Now, however, he’s decided that the time is right to step away from Vladimir Alekno’s squad.

There can be no doubt that Iran will miss Ghaemi, and it’ll be tough to replace such an experienced player. Not only that, but his international retirement is also a significant moment for Asia. The 31-year-old represented his country in world-renowned tournaments for ten years, playing an integral role in a successful period. So, let’s look at Ghaemi’s national career and consider his impact on volleyball in Asia.

Setting a High Standard for His Country

Throughout his senior career, Ghaemi picked up four gold medals. In 2013 and 2019, the six-foot-six competitor helped Iran win the Asian Championships. This success will live long in the memory as, before the 31-year-old entered the team, Iran had only won the competition once before. Ghaemi could have been a three-time winner of the event, but his side lost in the 2015 final against Japan. It’s a testament to the Gonbad-e Kavus-born player’s contributions that Iran is now the joint-third most successful nation in Asian Championship history, behind only Japan and South Korea for gold medals.

Aside from twice winning the Asian Championships, Ghaemi came into his own in the Asian Games. According to Owl Apps, the 31-year-old won the tournament in 2014 and 2018. Regarding the competition’s format, it’s played every four years, meaning Ghaemi helped Iran to back-to-back championships. In achieving this feat, Iran became only the third team to win consecutive events, while they also became the fourth outfit to triumph at the Asian Games.

Ghaemi was one of Iran’s star players, and that’s evident from his repeat selection at high-stakes tournaments. Aside from the above competitions, the 31-year-old also played at the 2016 Rio Olympics, as per Inside the Games. Although Iran didn’t win a medal, they did achieve a fifth-place finish, which is the best in the country’s history.

Part of the Golden Era

As evident from the above, Iran’s reputation in the volleyball world has gone from strength to strength, which speaks volumes about the standard of players coming through the ranks. As a result of this, few can argue that the past few decades haven’t seen the rise of volleyball in Iran, as we wrote at volleycountry.com. While Ghaemi was at the heart of growing volleyball in the West Asian country, he wasn’t alone in elevating the sport’s profile in the 21st century.

The modern era of Iranian volleyball has seen Saeid Marouf come through the ranks and establish himself as one of the world’s best players. It speaks volumes about the 35-year-old’s ability that FIVB calls him the man who caused a “significant shift in his country’s sporting consciousness”. Like Ghaemi, Marouf has twice won the Asian Championship and Asian Games, while he also won gold medals at the Asian Cup in 2008 and 2010. Over the years, the 35-year-old’s contributions have been recognized, with him being named the best setter in the 2014 World League.

Despite being 35 years of age, Marouf continues to compete with the Iran national team, and there are no indications that retirement is on the horizon. That said, he, like many volleyball fans in Asia, will feel Ghaemi’s loss, and now there will be more pressure on the Iranian captain to deliver at the upcoming Summer Olympics in Tokyo. While there are no guarantees that Alekno’s team will get their hands on a medal, their repeat involvement at the prestigious event highlights the sport’s growth in Asia.

Due to Ghaemi and Marouf’s contributions throughout the 21st century, volleyball has become one of the most popular sports in Asia. This is evident from the modern-day availability of volleyball-related markets at the best sports betting sites in India from asiabet.org. At the platform’s reviewed operators, bettors can peruse various sports markets, including those covering volleyball and the Nations League, which Iran is currently competing in.

At the time of writing, Alekno’s team sit eighth in the Nations League table after 11 matches, winning five of their opening games. While time will tell how well Iran performs without Ghaemi, few can argue that they aren’t more effective with the 31-year-old on the court.

This Isn’t the End for Ghaemi

Although it’s the end of an era on the international stage, Ghaemi, the best server from the 2013 Asian Championship, is still competing. According to Volleybox, the outside spiker plays for Foolad Mobarakeh Sepahan in the Iran Pro League, and the team sits top of the division with 48 points after 23 matches. The 31-year-old is a loss to the national team, but he’s already left his mark on Iranian volleyball, playing successfully at the highest level for a decade.