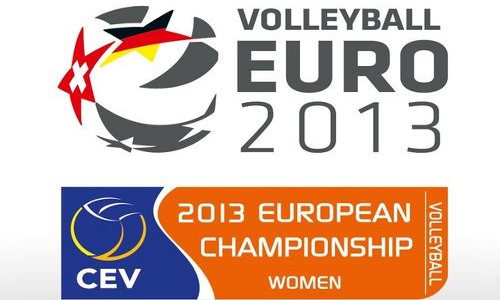 On Friday in Germany and Switzerland starts Female European Championships. 16 teams will fight for gold medal. It’s high time to check strength of every team, who’s favourite and who can surprise. As an addition tournament’s schedule.

Team will get support from spectators as host. Middle blocker Christiane Fürst and opposite Margareta Kozuch are the biggest stars here. Weakness can be instable outside hitters. Expectations are high, aim is Final Four, president of Germnan Volleyball Association talks even about gold.

Team with new coach Massimo Barbolini can fight for medal zone. Important here is opposite Neslihan Demir. Weakness can be middle blockers and lack of good substitutes, especially outside hitters. Miss will be lack of offensive wing spiker Neriman Ozsoy.

Team is regular member of euro Volley in last years. Players are rather not really known for further audience. Important here can be setter Patricia Aranda, opposite Milagros Collar, talented is young wing spiker Jessica Rivero.

“Oranje” in last years rebuilt roster and they have many new players. Main links here will be outside hitter Anne Buijs and middle blocker Robin De Kruijf. Weakness can be opposites, both Manon Flier and Judith Pietersen struggled in last NT games. Miss will be opposite Loneke Sloetjes, who’s out because of serious shoulder injury and she can miss even 6 months.

Runner-up of Eurpean League has solid team and can mess up here a bit. Team bases on setter Frauke Dirickx and outside hitter Charlotte Leys. Many players are young here, but they got chance to be in NT thanks to good policy of Belgain Volley Association, who counts on young perspective players.

Team without bigger stars, but plays like collective. Biggest talent is middle blocker Christina Bauer. Only missing player is wing spiker Alexia Djilali. Team should advance further, but probably only to Play-Offs.

Second host, who will have support. Team has no stars. Remarkable are opposite Mandy Wigger and outside hitter Ines Granvorka. I don’t see this team even in Play-Offs.

“Azzure” in last years based on experienced players. Now when most of them have year off, Marco Mencarelli called other girls. Team relies on outside hitter Carolina Costagrande, opposite Valentina Diouf and middle blockers Martina Guiggi and Valentina Arrighetti. Back in team will appear wing spiker Lucia Bosetti, but she’s after finger injury and her shape can be worse than usual.

“Sborna” in last years was always dangerous. However, after World Championships 2010 they didn’t achieve good results in last Euro Volley (6th) and in Olympic Games (lost in QF with Brazil after tiebreak). Team left opposite Ekaterina Gamova and wing spker Liubov Sokolova. Now main strength is opposite Natalya Obmochaeva and outside hitter Tatiana Kosheleva. Out of team is middle blocker Maria Borodakova, still not recover from injury other middle blocker, Irina Zaryazhko, she can be ready for finals.

Team quite talented, but last medal in Euro Volley got in 1999. They have many good players like opposite Sanja Popovic, outside hitters Senna Usic and Mia Jerkov or middle blocker/opposite Samanta Fabris.

Team appeared 6th time in Euro Volley, last appearance was in 2009. They have known players such as opposite Marina Tumas or outside hitter Katsiaryna Zakreuskaya, however these players may not appear in Euro Volley. Belarus should fight with Azerbaijan for a place in Play-Offs.

Team coached by Piotr Makowski disappointed during World Grand Prix. It’s hard to find idea, we saw many changes in line-up. The biggest star is wing spiker Katarzyna Skowrońska-Dolata, but she doesn’t have big support from teammates. Main problem are weak outside hitters. Looking at opponents, “white and reds” should find a place in Play-Offs beating at least one from pair Bulgaria/Czech Republic.

Team is strong what proved World Grand Prix. Zoran Terzic can be calm about advance to quarterfinal, though Bulgaria can surprise them. Team has many stars, opposite Jovana Brakocevic, middle blocker Milena Rasic, outside hitter Brankica Mihajlovic, setter Maja Ognjenovic and so on. They are strong enough to defend title which they got as host two years ago.

Girls coached by Carlo Parisi don’t have an easy task in beating three Slovian teams. Key player here is opposite Aneta Havlickova. Weakness during Grand Prix were outside hitters and middle blockers, except youngster Michaela Mlejnkova.

To Quarterfinals directly advance should Germany, Italy, Russia and Serbia.

Later everything can happen, even Bulgaria can appear in medal zone and it’ll be only their success. For me the biggest favorite for gold now is Serbia. Turkey, Germany, Russia, Italy and Bulgaria can beat for silver and bronze. Of course others like Poland, Belgium or Croatia can also surprise us with good performance.