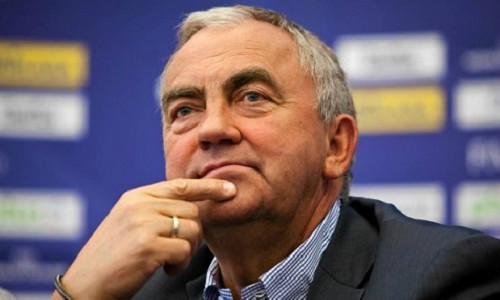 Yesterday, November 13., the Polish Central Anti-Corruption Bureau confirmed that Miroslaw Przedpelski, Polish Volleyball Federation’s president, was arrested due to corruption accusations concerning WCH 2014 organisation.
The whole operation was carried out yesterday during Przedpelski’s way to WCH summary in Katowice.  It is said that a big security company (which CEO was also arrested) paid about 100 000 zlotys (~22 000 euro) for being chosen for the World Championship 2014 organisaton and in addition some fictional VAT invoices were made out for the host cities. Federation published a statement on its website claiming that right now the Central Anti-Corruption Bureau is controlling their headquarters.