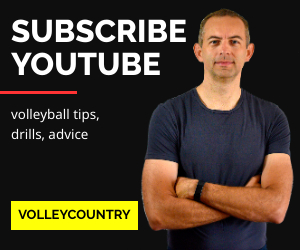 Karch Kiraly career:
Kiraly is arguable one of the best volleyball players to ever play the game. He helped lead UCLA to NCAA Men’s National Collegiate Volleyball Championships in 1979, 1981 and 1982. In his four years at the school the Bruins went 123-5 including undefeated seasons in 1979 (30-0) and 1982 (29-0). He was named All-Mountain Pacific Sports Federation and All-American four times. He was also named the NCAA Tournament’s Most Outstanding Player in 1981 and 1982. In 1992, Kiraly was inducted into the UCLA Hall of Fame and had his jersey retired. He was graduated from UCLA in 1983 with a 3.3 grade point average majoring in bio-chemistry, which led to an NCAA Post-Graduate Scholarship.

After his collegiate career was over Kiraly helped lead the United States National Team to Olympic Gold Medals in 1984 and 1988. He also helped the Americans to gold medals in the 1985 World Cup, where he was named most valuable player, and the 1987 Pan Am Games. He became the only volleyball player in Olympic history to win three gold medals in 1996 when he won the inaugural gold medal for Olympic beach volleyball with Kent Steffes. FIVB recognized Kiraly as “Best Player in the World” in 1986 and 1988.

Kiraly has had an excellent career on the beach as well. He has won 147 career beach tournaments, which ranks first on the all-time AVP list. He won the World Championship of Beach Volleyball in 1979, 1981 and 1988. He has earned more than $3 million as a professional beach player. Even now, at the age of 44, Kirlay, continues to perform at the highest level beating people half his age. He has won at least one tournament in 24 of the 27 seasons he has played, spanning four different decades

“I have been very blessed to have such a long and successful career in this great sport – thanks to the amazing teammates and coaches I’ve shared the court with – and for many years I have searched for a platform that allows us to review, train and prepare the next generation of volleyball stars,” Kiraly said. “With the help of some of the greatest players in our sport and the support of USA Volleyball, we have developed a program that allows those of us who have been to the top of the game to share our experiences, skills and knowledge with those who want to be the next great volleyball players.”

For more information on the Karch Kiraly Volleyball Academy, visit the Academy’s website at www.karchacademy.com.