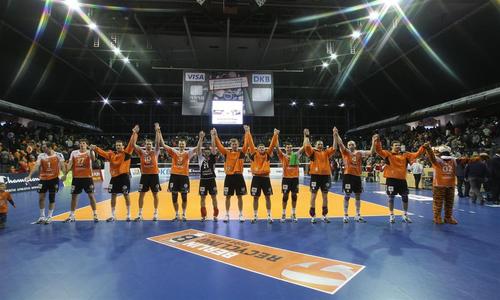 Berlin Recycling Volleys swept past the group winners Diatec Trentino in the last round of preliminary pool actions. Although the convincing performance of the defending German champions could not change the situation in Pool D, Mark Lebedew and his team proved to be a tough one to beat, especially with the local support.

The Italian champions had already secured the first place in Pool D before they arrived to the German capital. The long series of important games lately made head coach Roberto Serniotti rotate his squad a bit, resting star opposite Tvestan Sokolov in the first two sets. Giacomo Sintini, Matteo Burgsthaler and Michele Fedrizzi as an opposite were the other surprises prepared by Trentino. Emanuele Birarelli and David Szabo did not even travel with the team. The experiment did not quite give the expected results, to say the least, and the three-time European champions were completely vanquished by their hosts. Despite the relative insignificance of the match, Berlin took a perfect advantage of the weak Italians and won a prestigious straight-set victory. Robert Kromm with his 13 points was the best scorer for Berlin, whereas the in-form Filippo Lanza scored 14.

The victory plays more of a psychological role to the Pool D runner-up. Zenit Kazan has been the only team in Berlin’s recent European Club Competitions history to win in Max-Schmelling-Halle (a nerve-racking 3-2 away win in the Playoffs 12 last year), so the metropolitans are determined to reach even further in the 2014 CEV DenizBank Champions League. 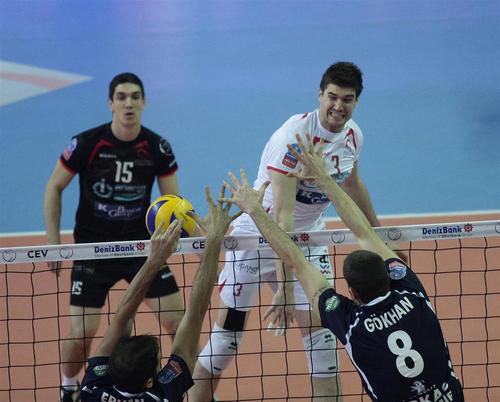 In the outsiders’s derby Energy Investments Lugano grabbed another narrow victory against the jaded Arkas, this time in Izmir. The Swiss rookie landed a sixth straight defeat to their opponent, leaving them at the bottom of Pool D with 2 points only, winding up the otherwise eminent Turkish team’s worst European campaign ever. Arkas even had a two-set advantage before letting Lugano take two more points for the final standings. Neither the usually brilliant Canadian John Gordon Perrin and his 22 points, nor the 8 stuff blocks by the middle Erhan Dunge were enough to prevent another disappointment. On the other side of the net, the Brazilian opposite Felipe Bandero scored the spectacular 31 points with a 50-percent attack efficiency to bring home Lugano’s second win in their debut season in the Champions League.

The draw for the Playoffs 12 and the winning Final Four host bidding were announced today at noon. Halkbank and the city of Ankara will organize the final event at the end of March. Until then, Diatec Trentino will face Noliko Maaseik in the first knock-out stage in January, whereas Berlin Recycling Volleys meets their executioners from last year’s season Zenit Kazan in a repetition of the memorable drama.