MCL: Four in a row for Berlin Recycling Volleys 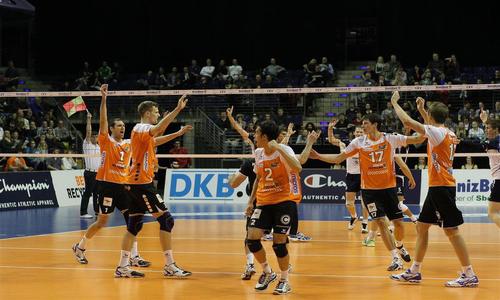 The fourth consecutive victory for the German champions and second against the Turkish Arkas Izmir increased significantly the chances of Mark Lebedew‘s lads to make it to the Playoff 12. With next week’s last games of the preliminary stage around the corner, Berlin looks in a good position before meeting the undefeated Diatec Trentino as the Italians claimed a facile away win in Lugano.

The new regulations of the 2014 CEV DenizBank Champions League allow only the best five pool runner-ups (and eventually the sixth one as well in case the Final Four organizer would be among the qualified teams) to advance to the playoff round. Currently, it is another German side, VfB Friedrichshafen, with the worst point sum amid the second-placed teams, which conduces to Lebedew’s optimism prior to the challenging derby in Berlin against Trentino.

The Turkish roster had already been reduced when they got the news about Urpo Sivula‘s ankle injury. With a squad full of less experienced local players, the Canadian tactician Glenn Hoag could do nothing else but admit the supremacy of their German opponents. “Our young players showed what they can show, but could not reach the level of Berlin. We hope to claim at least a win against Lugano next week to make it to the Challenge Round of the CEV Cup.” 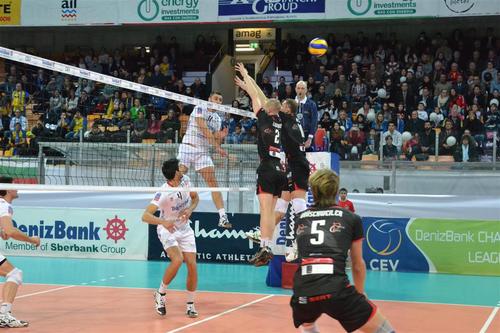 In one of their simplest European encounters, the Italian champions needed only an hour to collect all three points in Switzerland versus Energy Investments Lugano. Roberto Serniotti made no experiments with the squad and demanded full concentration. The health problems of Tsvetan Sokolov, mainly caused by exhaustion, did not prevent him from becoming again Trentino’s the top scorer with eleven points.