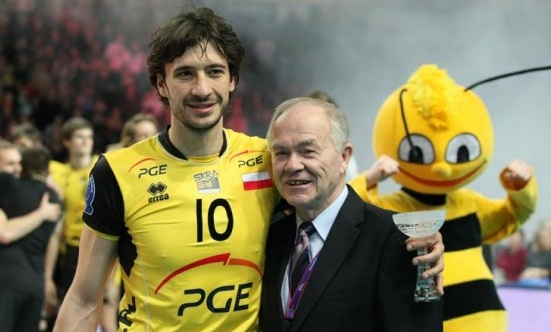 Nicolas Uriarte will have his coach as replacement in SKRA Belchatow since his teammate Aleksa Brdjovic will not be with the squad until October.

Good news for Argentinian setter Nicolas Uriarte that will be initial player in Skra Belchatow for at least about two months. Aleksa Brdjovic, his competitor in the position, will be back with the team in October 15th as soon as he ends his commitments with his national team. Coach Miguel Angel Falasca will take the place and will be substitute of Nicolas in the next matches.

The Serbian setter is only 20 years old and yet he is one of the best on his role. Until September 1st he will be playing U21 World Championship and from October 7th to 13th he will guide the squad in U23 World Championship. Once he ends these matches he will travel to Poland and join Skra team. The manager of Belchatow’s squad informed that Argentine coach will replace him in the friendly matches and the official ones before his arrival.

Falasca finalized his career as player last season in Russia with Ural Ufa, but seems like circumstances changed his plans and forced him to jump to the courts again. Nevertheless, young Uriarte will have the responsibility of leading the team. Last season he was finalist of Argentine League with Buenos Aires Unidos and recently played the South American Championship with Argentina getting a ticket to Poland World Championship 2014.