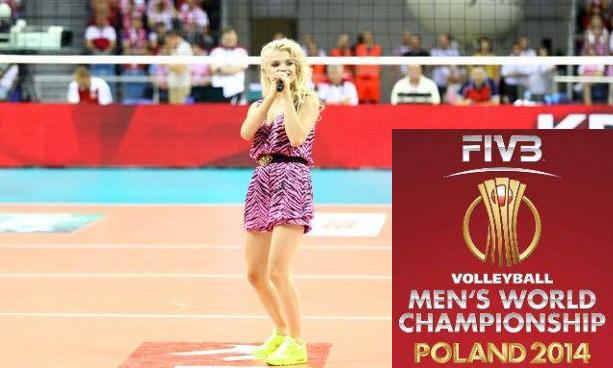 VolleyCountry has presented a soundtrack of the official song of the FIVB World Championships Poland 2014 as first in the world a few weeks ago. Now, two days before the launching of the tournament, it is time to watch the official video clip.

The song “Start a fire” by Margaret will be one of attractions prepared especially for the opening ceremony of the World Championships Poland 2014. This performance is planned in the concluding phase of the solemnity.

“When I was creating this song, I thought first of all about the fans, about the atmosphere of great fun and the fact that the song should cheered on,” the singer revealed.

The official video clip for the song was shot at “Hubert Wagner Memorial” a few days ago.