The new Halkbank Ankara wants to win all. Possible? 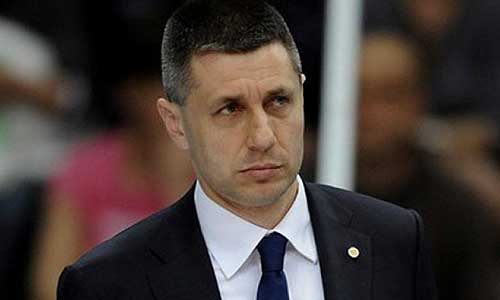 Halkbank Ankara has set very high goals for the coming season with the winners of last year’s CEV Volleyball Cup hoping to sweep all the competitions they are about to join, including the 2014 CEV Volleyball Champions League.

Though some players are still missing as they are preparing for the upcoming VELUX EuroVolley 2013 with their respective national teams, those who have already found their way to Turkey’s capital city have undergone some strenuous training sessions under the guidance of their mentor Radostin Stoytchev.

“Our real preparations got started only on Monday” says the Bulgarian-born coach who helped Italy’s Trentino Volley win Europe’s elite competition for three years in a row (2009-2010-2011).

“The past season had come to a close more than three months ago so the players who did not join their national team this summer have to work hard to get back in shape. Some of our players are still away preparing for the EuroVolley in Poland and Denmark, so for the time being we will be focusing on technical drills and some tactical work with those who are here”.

Stoytchev is happy with the Turkish players included on the roster but acknowledges that the schedule for the coming season is really demanding. Halkbank will debut in the Supercup and by then he wants his outstanding players to be able to display what they are capable of.

“Our goal is to win all the competitions we are set to enter, including the CEV Volleyball Champions League. This is the right approach, it’s not like at the Olympics where people are happy to get the right to participate and play. If you are part of this elite competition, you also want to make it to the very top in the end,” Stoytchev concludes.