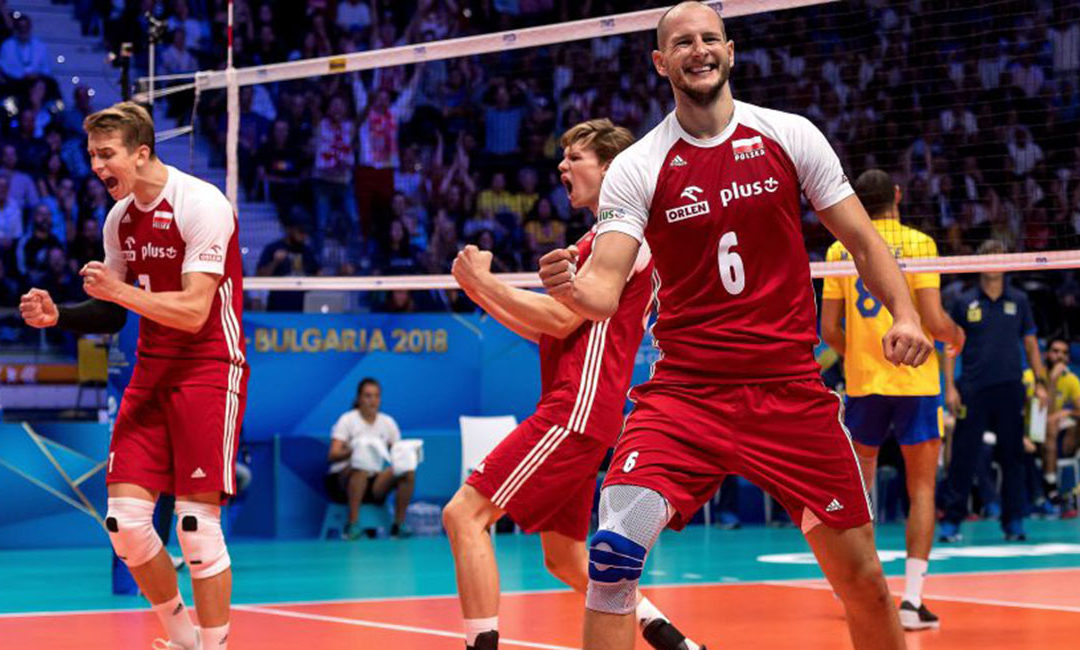 Volleyball continues to grow as a sport with more and more interest from around the world. It has been a fantastic year of exciting volleyball, with the 2018 Men’s world championship taking place in Italy and Bulgaria in September. Punters were busy betting on volleyball throughout the tournament, as Brazil again started as the strong favourites.

The reigning Olympic champions Brazil reached their fifth straight world championship final but were defeated by Poland. It was Poland’s third title in their history and second in succession as they defended their title. This straight sets success was also a repeat of the 2014 finals. So where do they all now sit in the Men’s senior world rankings?

Serbia sit in 10thplace in the rankings. They finished in fourth place at the previously mentioned world championships earlier this year. Serbia won the summer Olympics in 2000 and are also two time European championship winners, having won the title in both 2001 and 2011.

France are the current 9thranked side. They were European championship winners back in 2015 and are also two time winners of the world league. These successes coming in 2015 and most recently 2017. They will now be looking to qualify for the summer Olympics in 2020.

Iran are currently sitting 8thin the rankings. They previously finished 2ndin Pool D at the world championships behind eventual winners Poland. They are the current leading side in Asia that has included two Asia championship successes.

Argentina sit seventh in the rankings but have always been overshadowed by the great Brazilians. However they are five time winners of the South American games, and have picked up a bronze medal at the 1982 world championships and 1988 Olympics.

Canada sit in sixth and have had a lot of success that has included a Gold medal at the 2015 NORCECA championship. They also picked up a bronze most recently in 2017 at the World league.

The current world champions Poland sit fourth in the rankings. As mentioned previously this was their third victory in their history. They also won the summer Olympics in 1976, and were 2009 winners of the European championships. They remain one of the top sides in world volleyball.