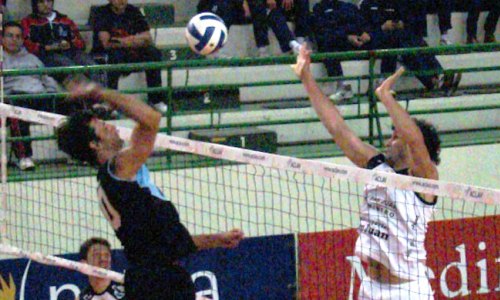 Alejandro Spajic´s team managed to reverse a poor start to the championship and has five consecutive victories in A1 Argentine League.

Union is on winning streak: after a losing start in the games against Boca and Bolivar, the media reported the doubts of the equipment that best reinforced for the Liga Argentina A1. It seemed unusual for a sextet composed of figures like Spajic and the two top scorers of the season 2010/11 (Opposite Scholtis and spiker Ocampo) failed to take hold among the first places.

Formosa achieved an encouraging win over Giants (3-1) and went to a regular transit revenue was given as an evolution towards third place in the regular season.

“Our performance gets better every day and that makes us more ambitious. We are at a 60 per cent of our possibilities and our idea is to exceed this level during the ACLAV Cup,” said Martin Lopez.

“It’s a strong team, very supportive, with key players such as Patti and Scholtis, with lots of personality. This gives us the chance to reverse a 0-2 Catamarca as against last weekend. We must reduce the proportion of errors but I agree done so far, “said an enthusiastic coach.

Due to the injury of the setter Nicolas Uriarte (Boca), Lopez lost a player: Maximiliano Cavanna, as he was called by Javier Weber to participate in the FIVB World Cup in Japan: “I am very happy your trip because it is a recognition of his good time. We have to replace Juan Aramburu. Cavanna the call is a good sign that we have valuable players and we’re on the right track to fight for the championship title, “concluded Lopez.