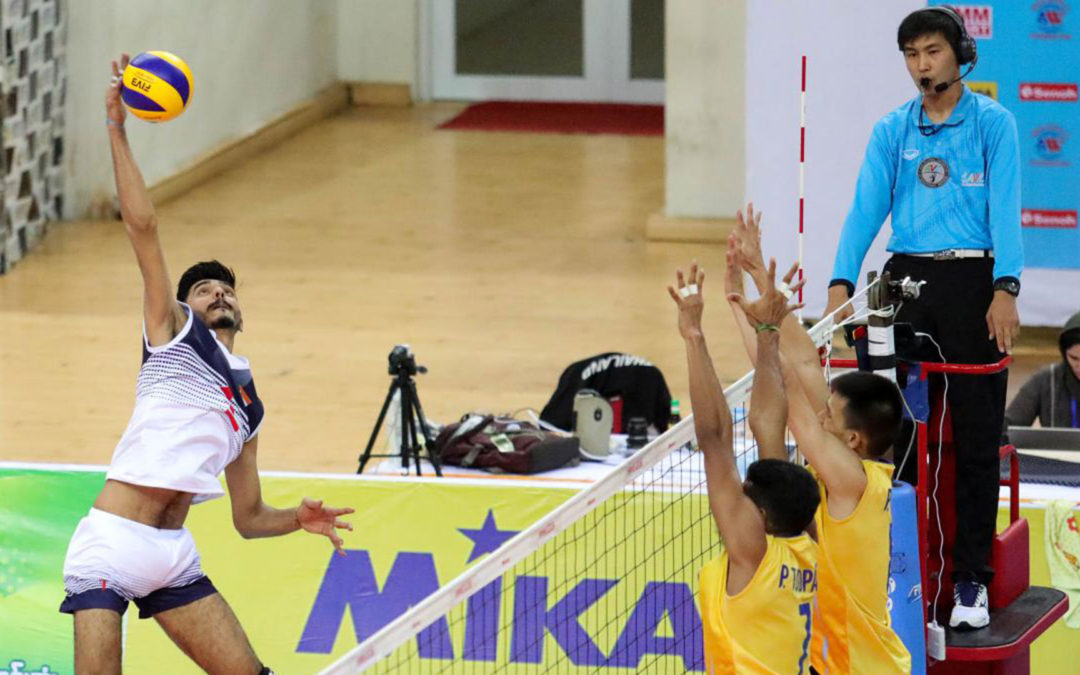 There is little doubt that cricket owns the hearts of the majority of India’s many sports fans. But there are growing signs that volleyball is quickly becoming one of this country’s increasingly popular sports.

Volleyball is played all over India, both in rural and urban areas, and the nation was ranked fifth in Asia, and 27th in the world in 2013. Despite a glaring lack of sponsors being willing to partner up with India’s volleyball teams, the arrival of the Pro Volleyball League has proven to be a big hit.

The Pro Volleyball League kicked off for its ever season in early 2019. There are currently six franchised teams within the league. This saw the likes of Ahmedabad Defenders, Calicut Heroes, Chennai Spartans, Black Hawks Hyderabad, Kochi Blue Spikers and U Mumba Volley all competing for glory. All teams competed in a round-robin tournament that was followed by semi-finals and that grand final itself that was held at the Nehru Indoor Stadium in Chennai.

What was particularly impressive was the fact that the Pro Volleyball League managed to attract a good amount of talented international players. Each side was allowed to have 12 players in their squad and these included so-called international icon players who were selected through a draft auction.

Ahmedabed Defenders benefited greatly from the arrival of the Serbian middle blocker Novica Bjelica, whilst the American outside hitter Paul Lotman made his presence felt for the Calicut Heroes team. Chennai Spartans certainly improved their chances thanks to the arrival of the Canadian Rudy Verhoeff and the Latvian Ruslans Sorokins, and Black Hawks Hyderabad welcomed Carson Clark to the side.

Elsewhere there was the arrival of the American middle blocker David Lee playing for Kochi Blue Spikers, whilst U Mumba Valley saw the veteran outside hitter Tomislav Coskovic joining the team. Such moves mirrored those of the Indian Premier League where many foreign cricket players flock to join teams and keep playing throughout the year.

The first ever Pro Volleyball League concluded on 22 February where Chennai Spartans managed to comfortably beat Calicut Heroes 3-0 in the final. This match saw Spartans stars like Naveen Raja Jacob displaying some phenomenal skills to take home the trophy.

Whilst Chennai Spartans looked comfortable throughout the tournament there were other notable performances from the likes of Kochi Blue Spikers and U Mumba Valley who both made semi-final appearances in the inaugural tournament.

The Pro Volleyball League also attracted plenty of interest on India’s broadcast networks. Thanks to the coverage from Sony Pictures Networks India, the nation’s fans could easily watch the live action. In addition to this, many betting sites in India such as the ones at bettingalternative.link provided sports fans with competitive odds to enjoy wagering on the volleyball matches.

It remains to be seen how the creation of the Pro Volleyball League will translate into success for India’s international volleyball teams. Recently we saw India topping their group to reach the quarter-finals of the under-23 Asian Championships. Thanks to the coaching skills of Prit Singh Chauhan, the team managed to finish ahead of China and New Zealand and they face tough upcoming matches against the likes of Kazakhstan and Japan.

The encouragement of the young team will be essential if India are to improve on their relatively poor record in the Asian Volleyball Championship. The men’s team slumped to an 11th place finish in Iran in 2015, whilst the women’s team could only reach 10th place in the same tournament.

Of course, it’s the upcoming 2020 Olympics in Tokyo that all volleyball teams will be keen to get a place in. The Asian qualifiers will take place from 6 to 12 January 2020, and it’s essential that India’s volleyball teams work hard in order to improve on their non-appearance at the 2016 Olympics in Rio. But with the arrival of the Pro Volleyball League, it seems that India’s volleyball fans have plenty more reasons to be optimistic.