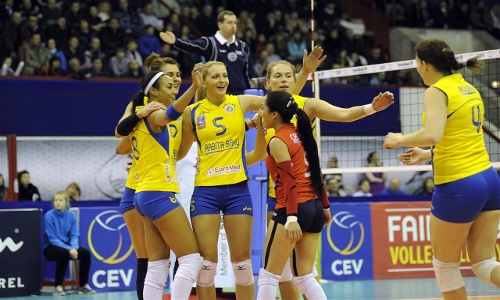 Matches will be played between 14th and 16th January in 1st Run and in 2nd Run between 21st and 23rd January.

Black horses of this competition seem to be italian teams – both Rebecchi and Imoco can mess up. Vakifbank and Eczacibasi had good draw and should advance easily. Galatasaray has tougher opponent, but Cannes has some problems during season and isn’t so stron as it was. Curious battle will be also in Russia, Kazan has advantage because is a bit stronger.

The biggest disappointments for me are Azeryol, Yamamay and Tauron. All teams with weird transfer policy were weaker than expected and lost in group stages. Only Azeryol will play in Europe more, in CEV Cup.