WCL Pool B: Iqtisadchi and Dinamo Moscow with good start 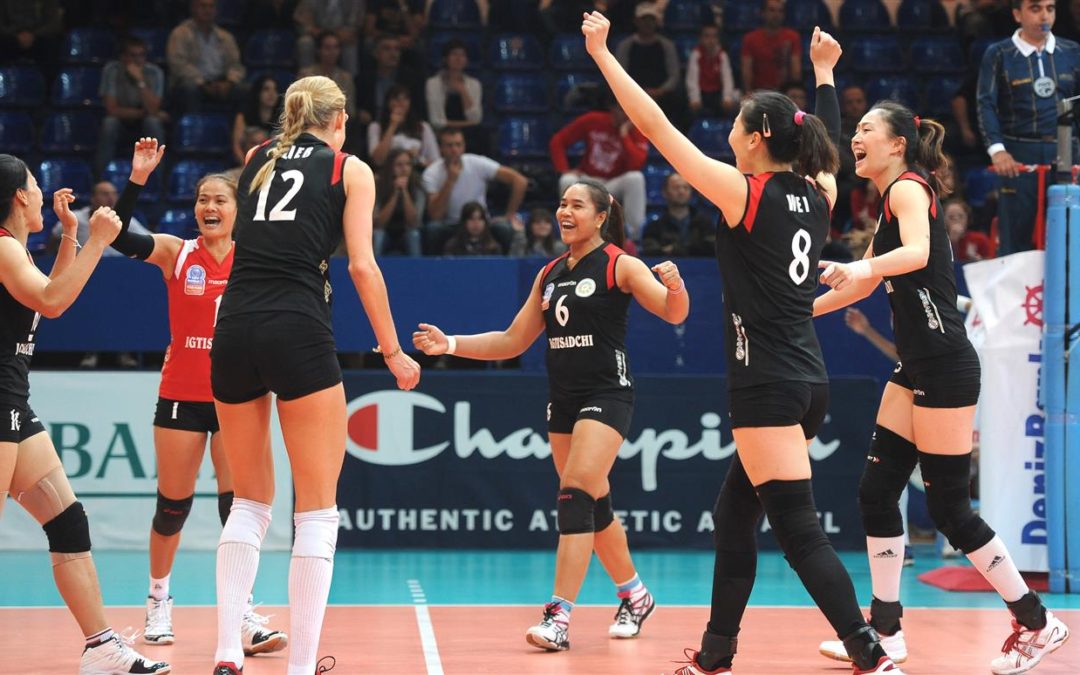 After losing the opening set quite rapidly, the hosts of Crvena Zvezda started playing much better in the second; they stormed out to a 7:1 lead and continued to set the pace at 11:7 before Dutch opposite Manon Flier anchored Igtisadchi to draw level at 12 all. After that, the guests from Baku dominated the scene once more and did comfortably cruise to the provisional 2:0 (25-16).
The third set followed a similar plot with Crvena Zvezda opening strong (8:5) but Igtisadchi was able to respond to tie the score at 11 all. At the second technical time-out the guests were up 16:13 and they increased their lead to 20:14 before Crvena Zvezda attempted a late comeback playing superbly especially with their block. The head coach of Igtisadchi, Bülent Karslioglu, stopped the game twice in an attempt to stand the comeback of the local heroines; Ljubica Kecman helped Crvena Zvezda survive three match balls but in the end Igtisadchi finished it off at 25-23.
Manon Flier top scored for the winning side with 15 points followed by team captain Wilavan Apinyapong with 14. Ljubica Kecman paced Crvena Zvezda in their losing effort with 13.

“Crvena zvezda is a young team but they tried to do their best. We made a lot mistakes because we had only two trainings together before this game but I hope that we will play better in the next matches” said the captain of Igtisadchi Wilavan Apinyapong.

Ljubica Kecman, the receiver of Crvena Zvezda, was satisfied after the match:
“We had our chance in the second and third sets but we couldn’t exploit it. We are sorry because of that but this time Igtisadchi won only because of their experience. We hope that in the next matches we will win some sets or even one point” she added.

The first set was quite an easy run for the home heroines who comfortably cruised to the final 25-21 controlling the game from the start up to the end.
The Muscovites started the second set playing very aggressive but Piacenza responded showing their potential and quality as well. Floortje Meijners and Robin de Kruijf – the Dutch duo playing this year for Rebecci – paced their side and the guests had a margin of four points at the second technical time-out as they blocked Dinamo superstar and 2013 European champion Nataliya Obmochaeva. However, after the break Dinamo tried to bounce back with Obmochaeva and Tatiana Kosheleva on fire in attack and good blocks by Yuliia Morozova. The score was drawn at 24 all but the Italians in the end had the upper hand at 27-25.
The third set was another close fight but this time Dinamo kept cool and wrapped it up at 25-23. The start of the fourth set was very close as well but Dinamo could get the right edge as Ekaterina Krivets went to serve. She scored three aces to move the score up to 19:12 for the hosts and once more with the help of Kosheleva and Obmochaeva, Dinamo could finish it off (25-19, and 3:1).

“We were really very motivated for this debut and I am happy that we won” Kosheleva said after the game. “We made many mistakes in the second set but our block worked just fine and helped us win the game”.
“We had prepared very carefully for this game and I am happy with what my team showed today” added head coach Svetlana Ilic. “We took some risks and this resulted in quite some errors, but we won and this is what counts at the end of the day. We started this competition in the right way and the key point was the third set as we brought it home and the balance of the match switched to our side”.

“This was only the second game this season for us and so I am quite happy with what we showed tonight” said Piacenza’s mentor Giovanni Caprara. “We lost the fourth set because our reception was poor. Congratulations to Dinamo; tonight they have showed that they are a strong team”.