Why is Interest in Volleyball on the Rise? 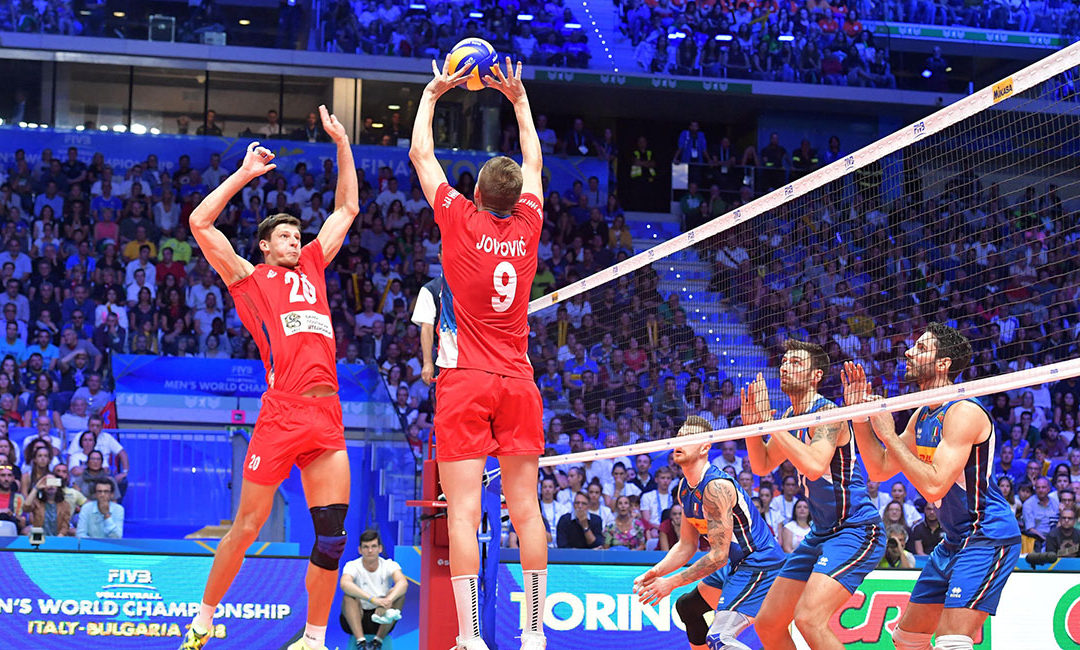 Many sports have been around for a long time and it feels like they are ingrained in the culture of playing, watching or betting. Volleyball was invented in the very late 19th century, yet seems to have taken its time in slowly becoming popular with the masses. But it has managed to do so, featuring high in the list of team sports played and enjoyed globally.

While still playing catch up to the likes of football, the future of volleyball looks bright. Making big strides in recent times, men and women partake in this sport, with international games and league games taking place all over the world. Far more news and television coverage on satellite channels have ensured volleyball is grabbing and keeping the attention of viewers. So why has the interest in volleyball gathered at such a pace?

Volleyball is an all-round easy game to get involved in, its simple requirements are a ball, a net and players to form two teams with an equal number of players on both sides, who will compete against each other. Often played between family or friends, be it for fun or a wager to make it more exciting, you can have a great time playing this game. It can also be thrilling to watch, as the game cannot finish in a draw. This can happen in some other sports and while sometimes this may seem to be a fair outcome, it can be disappointing not to see a winner.

Volleyball can be played indoors or outdoors, with some fantastic beach locations around the world being used for games and tournaments. While there may not be a beach suitable near you for having a game, or the weather may not be too nice, indoor sand courts have become more popular. Beach volleyball has developed a huge following, especially women’s teams. The fact it can be played barefoot in such a natural setting only adds to the appeal.

In 1964, the Olympics was to get its introduction to the game of volleyball, interestingly enough at Tokyo, where this year’s Olympics will be held.  Because of the wild spread of Coronavirus last year, the Tokyo Olympics were postponed. They are now expected to take place this summer. Again, this will involve both indoor and beach volleyball competitions. Teams from around the world will battle to get their hands on the famous medals. Men and women also compete in their separate versions of World Cups and World Championships. Success at any of these tournaments guarantees global recognition and even if you are not a fan, you may find that attitude changing.

Superpowers like the U.S., Russia and China hold sway in this sport amongst many other things, yet countries like Brazil, Cuba, Serbia and Poland amongst others all receive serious respect from the international community. Growing popularity and increase in participation ensures it is a truly worldwide sport. It’s not easy to find a country where volleyball is not played as it brings the people together.  And it’s always good if countries of smaller stature can get one over on the big players.

While the likes of American football, darts, basketball and tennis have managed to feature on virtual sports sections of some online casinos, volleyball has not quite made it to that sphere as of yet. Surely in the future, these options will become available as the sport extends its tentacles into the entertainment sector. For now, punters have to settle for real-life games and knowledgeable fans can make some handy cash on the side if they know their stuff. While it is a very popular sport, it is still obscure on the betting front.

Result markets, total points in the game and the number of sets played are the main areas that are bet on at an online casinó. Wagering on the correct set score, like in tennis, has also proven to be very popular. A lot of online betting sites have live streams of the games available, making the games both easy to watch and to gamble in. The introduction of in-play betting only makes the matches more exciting. It is a fast-paced game and this option takes betting opportunities to a new level.

While Hollywood and the movie world have seen their share of sports-based films, it’s fair to say that volleyball has not featured on that list. A Thai movie, Iron Ladies, based on the male national volleyball team breaking ground on the genre. It focuses on players overcoming the hurdles that they faced to compete, simply because they were transexual, gay or transvestites. It is a true story and revolves around events from the mid-’90s.

In 2018, The Miracle Season was released, again based on a true story, this time in America. Superstar actress Helen Hunt, famous for roles in movies and sitcoms alike, acts as the coach in this heartwarming tale of high school girls trying to overcome the grief of a teammate’s death. While not a massive hit, it has put the sport of volleyball even more in the public eye and more movies will be sure to follow. All it takes is one Oscar-winning movie to put volleyball firmly on the map to stay.

With the number of team sports available to play, it’s no mean feat that volleyball has forced its way into the reckoning as a major player. While traditionally popular sports still tend to lead the way, the fact you don’t need much equipment to play and it can be played at any suitable location, indoor or outdoor, only makes it easier for anyone to take part. It is a very demanding team sport, yet very social and you may make some new friends along the way, possibly even enemies too!

Betting on the sport itself, while still slightly limited, is increasing. Have a look at a betting site like onlinecasino for the best odds available for whichever market you would like to gamble on. Big tournaments give both the fans and bettors avenues of enjoyment aplenty, with the Olympics the next one on the horizon. Watching the level of skill involved and speed of these games, volleyball is guaranteed to continue gaining fans through the coming years.