Women’s Champions League- which teams are the favourites? 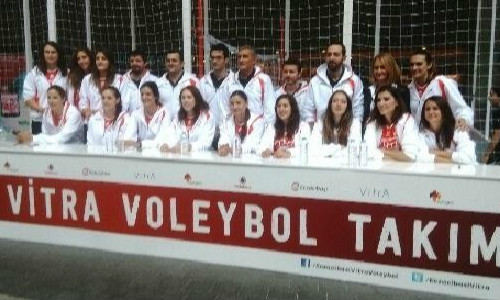 The FIVB Women’s WCH is in the past, and we are all waiting for the club season. However, despite the intrigues in the National Leagues, there is this competition where all the volleyball stars rise on an international level. Of course, we have in mind the Champions League.

Do you want to know which teams are our favorites in the groups of the Women’s CHL and what to expect from the tournament?

Then keep on reading!

With defending champion, Dinamo Kazan, bronze medalists Rabita Baku and Poland’s champion-Chemik Police, group A seems to be one of the toughest in the competition.

Dinamo Kazan will start title defense with a match against the lowest-rated team in the group- Agel Prostiejov. Russian team, able to keep the core of their team- spiker Ekaterina Gamova and Antonella Del Core on reception is expected to be a strong favourite in this match. In addition, Jordan Larson-Burbach was replaced by the Bulgarian star- Eva Yaneva.

On the other side we are about to see a real blockbuster in the second match, as Chemik plays against Rabita. Polish champion, regaining the trophy after 19 years is a Polish-Serbian combination of experience. Anna Werblinska and Małgorzata Glinka-Mogentale should be the biggest stars here with Agnieszka Bednarek, Sanja Malagurski, Maja Ognjenovic and Stefana Veljkovic completing the roster. However, one of the richest european giants is standing on their way. Rabita also has huge a potential on almost each position. Brenda Castillo, one of the best liberos right now, Katarzyna Skowronska-Dolata, Aurea Cruz, Foluke Akinradewo and Nootsara all decided to stay for the next season. Both Rachel Rourke and Katarzyna Skorupa left with Francesca Ferretti replacing Polish setter. It’s going to be tight but Azeri and Turkish team will eventually prevail.

In group B we have two clear favourites- Azeryol Baku and Fenerbache Stambul. Azeri team finished their league as a runner-up. However, with a line-up including Jovana Brakocevic and Jelena Nikolic there are some tough questions for them to answer. Both Serbians didn’t play their best at WCH, especially Brakocevic replaced by Boskovic as the first outside spiker. Fenerbache has a wider range of players, with Lo Bianco leading the field joined by Kim, Montano and Hildebrand who had longer off-season due to their absence during WCH.

Group C is all about Dinamo Moscow. Russian team led by Natalia Obmochayeva should easily outcast thei rivals for a safe place in next round. On the other side, without Tatiana Kosheleva, it might be hard for them in next rounds.

Two words: Eczacibasi Istanbul. Names in the team roster speak for themselves. What do we have in mind? With Neslihan as opposite, Bethania de La Cruz and Jordan Larson-Burbach on reception, Turkish team is one of the main favourites to win entire competition. They should blast through group D without any single loss. Impel Wroclaw and Volero Zurich should fight for a second spot, with a Swiss team on top at the end.

With 3 strong contenders in the pool, group E should be the one to watch form the very beginning. Vakifbank looks as a strongest one, though, with Sheilla, Costagrande and Sonsirma on board. However RC Cannes with Logan Tom (replacing Centoni) and Piacenza led by Van Hecke, Dirckx and Sorokaite will be a real treat for them. Probably these teams will fight for a scond round birth.