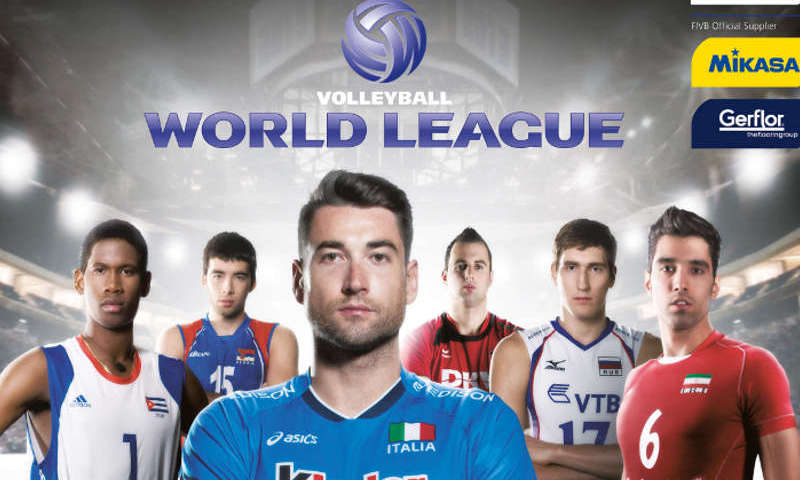 Not 24, but 28 teams will set about the contest of the World League 2014. Such a decision was taken by FIVB Council on Sunday. Next year’s edition will be special because of quite new and extremely expanded formula of playing, few astonishing come backs, and great demotion of Cuba National Team. The World League tour will pace all continents going around the whole world and will be a marvellous way to promote volleyball.

World League 2014 Group Stage was bent to 3 zones – “Elite”, “Elite Supply Base”, and “Claimants”- due to World Ranking.

The “Elite” zone was split up to two groups A and B involving the best teams in the world. The waiting room of the “Elite” (Elite supply base) consists of three Pools (C, D and E) and includes a debutant of Belgium, Czech Republic returning to the competition after 11 years and 10 well-known participants such as France, Argentina, Germany, Holland etc..

Members of two last groups (F and G) will fight for an advance to the higher division. Here were settled inter alia: a former power of Cuba, China, Spain or rookies of Mexico or Slovakia.

During the Intercontinental Round, Pools A to E will play double home and away matches, for a total of 12 matches per team. Pool F & G will feature two stand-alone tournaments per pool involving the four teams in the pool.

The World League Intercontinental Round will start on the weekend of May 23 to 25 with Pool A & B holding a Final Six – the top two teams in each pool (A & B), the hosts and the winner from the Final Four from Pools C, D and E – on the week of July 16 to 20.

Pools C, D and E will also have six rounds before their Final 4 on the weekend of July 4 to 6.

The last ranked team of Pool A & B after the Intercontinental Round could be relegated if the winner of the Final Four of Pools C, D and E can meet the promotion requirements set by the FIVB.

The Final Four will probably be held in Italy.