A new chapter for Philipp Collin 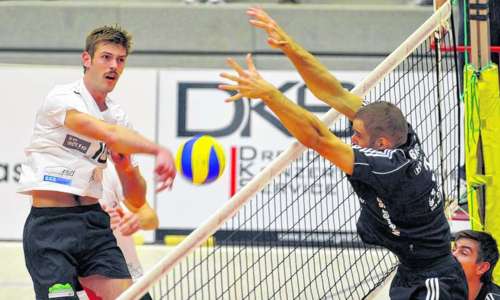 Probably a lot of volleyball fans will look perplexed by hearing the name of Philipp Collin. If you are among them, you shouldn’t be worried if his name doesn’t ring a bell at all. To the wide international audience, and, in fact, to much of the German one too, Collin was an unpopular character before the summer of 2013.

The 22-year-old middle blocker made his national team debut this summer in the World League under the guidance of head coach Vital Heynen. In a rejuvenated German squad, reduced by the absence of key players and potential starters like Max Gunthor, Christian Duennes and Lukas Bauer, Philipp Collin took advantage of the chance he had been offered and glittered at the net to eventually grab a regular spot in Heynen’s starting six. His first international season was so impressive that the multiple back-to-back French champions Tours VB signed him for the new season. However, it hasn’t always been sunny in Collin’s sporadic life.

At the age of six Philipp entered the swimming pool for the first time. When he was twelve, due to a ridiculous school “accident”, in which he fell off a chair, he had to cease practising in the pool. “Swimming was too monotonous for me anyway”, he remembers. It was his father’s connections that brought him then into the volleyball hall in a sports center in Berlin. “For a year and a half I only learned the rules”, reflects Collin Junior.

The ABC of volleyball he imbibed later in Schwerin with Horst “Willi” Holz, whom the new German middle blocker mentions with gratitude. But in 18 months Collin was expelled from school as a result of a fight in the canteen and some other minor offenses inflicted earlier on. No school, no housing and no more trainings for the youngster, who had to return to his hometown Rostock in northern Germany. He continued playing volleyball and was enrolled first in a local Rostock team as a setter before moving to Potsdam, near Berlin, where he entered high school and switched to a middle blocker in the junior formation of the local Potsdam club.

“Unfortunately, I was very lazy and did not achieve great results there”, admits Collin, whose back-up plans now include a possibility to pursue a degree for an optician.

In 2009 Philipp completed a trial with the Bundesliga participant VC Bad Durrenberg/Spergau where head coach Lars Schneider wanted him as a middle blocker. Collin passed away the opportunity. Right from the start he was repeatedly missing practices because he couldn’t get out of bed. The bigger trouble was that he used to live next to a bar. The lazy blocker was berated and exiled to a nearby Regionalliga team (the German regional leagues system). This was probably the most important miliestone in the lad’s career. There he met his mentor and “second father” Sven Doerendahl, who was at the time coaching the team. “With him I really learned to play in the middle”, admits Collin, but his scattered life kept on flourishing outside the gym. He dropped two career educational opportunities – as a restaurant manager and as a retail merchant. “I was also addicted to computer games. I could just stay all night in front of the monitor. Sven had to repeatedly knock on my door early in the morning to get me out. It took him a lot of time and I am sincerely grateful to him. And also for the fact that he recommended me to Vital Heynen”.

2011 saw Doerendahl move to VC Dresden. Of course, Collin followed him and his career suddenly started shaping up, in comparison to his everlasting “sins” in his personal life. “I know myself how hard it is to change your own nature”, Sven Doerendahl states. “But his steady trends towards improvement can be clearly seen.” 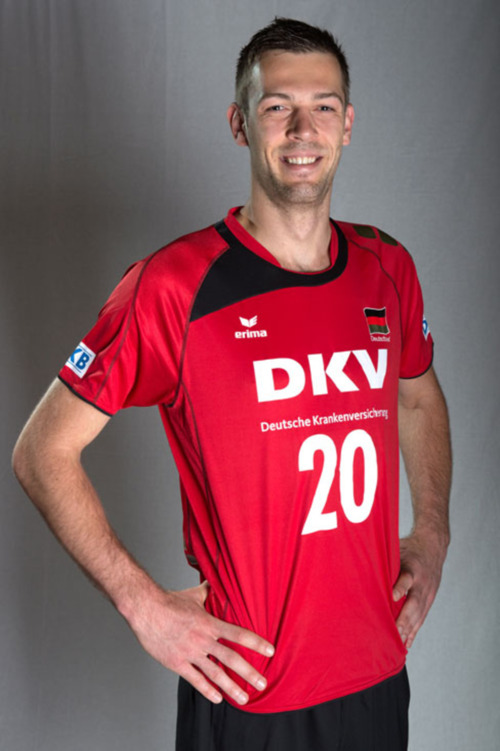 We would not exaggerate if we say Philipp is a changed man. His vision now is focused on Rio and the next Olympics in 2016. Vital Heynen has apparently recognized the potential of the youngster. “They (Heynen and assistant coach Stefan Huebner) demand me to work on blocking, have corrected my technique and told me it would take 10 000 repetitions until the processes get automated”, shares Collin with flashing eyes.

Now it’s only up to him to put his personal life in order just as well.

Source: The article was translated from the German monthly magazine “Volleyball Magazin” and from an interview at www.maennervolleyball.de