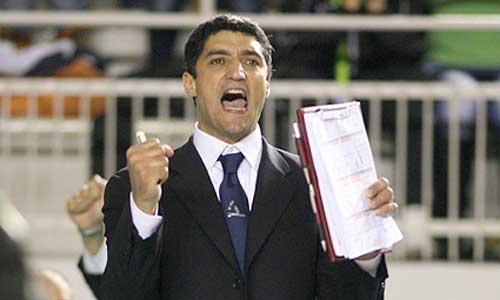 Andrea Giani couldn’t wish a better debut as the first coach of the national team of Italy – the NT B won the Mediterranean Games. – This victory we owe the combination of a good training system and the talent of players – he says.

Although the Olympic Games in Rio de Janeiro will start in three years, the Italians don’t waste their time and have already started preparing for that most important event. Project is Rio in 2016, part of which is Andrea Giani’s B volleyball team, helps them to prepare better to Olympics. – This team is a very important part of the Rio 2016 project. We care about the proper preparation for the next Olympic Games and winning the medal. I hope that the idea to create a B-team will help these guys grow to the point that they will get their chance and will go to the Olympics in Rio de Janeiro – explained Andrea Giani.

His players, for the first time in such group, had a chance to check themselves in June, during the Mediterranean Games in Turkey. The beggining of the tournament however wasn’t successful because of the lost in tie-break against Algeria. – This match, for psychological point of view, was very important for us. Most of my players doesn’t have the necessary experience and therefore they couldn’t properly focus in game against the Algerians. After this match their level of concentration has increased, they have grew up and have proven themselves – said the legendary volleyball player and his words confirmed the final result: Italians won the Olympic Mediterranean. From match to match they played better and better so that they could enjoy winning a gold medal. – This victory we owe the combination of a good training system and training and a lot of talent of these players. Is there is a chance that one of them will replace Alessandro Fei or Samuele Papie who decided to end the adventure with the national team? – We work hard to do this. Who knows what will bring the future? However, replacing them will be difficult to implement.

And how Andrea Giani has found himself in the role of first team coach? For him it was a debut in this role, as he was previously as Mauro Berruto’s assistant, only in the club he was the first. – I could definitely feel the difference. When you work as the first coach in the national team, the pressure is huge, much bigger than the one to which I’m used to. The NT coach suffers from an enormous responsibility – commented Italian. – Now, for the finals of the World League I returned to the A Team and I continue to help Berruto. As for the team B, the plan is that some of these players will take part in the preparations for September’s European Championships.

After the end of the championship of the Old Continent Giani with his new team, Marmi Lanza Verona, will start the battle for the championship of Italy. Now the situation is cleared up, but until mid-June it wasn’t sure whether that the club from Verona will join the competition Serie A1 in the season 2013/2014. – Maybe for people from the outside the situation was not entirely clear, for me – quite the contrary. I knew the issue from the inside, I knew what to expect, so absolutely nothing didn’t stress me or I wasn’t afraid that the situation from M. Roma Volley will be repeated – Giani said calmly. – I am very glad that I have received an offer from Verona, it’s really a beautiful city. The most important thing is that I will be able to work with young players. For me it is the most important and brings me the biggest satisfaction. Very important to me is to create a good team that will win a place in the top eight and will have the opportunity to participate in the Italian Cup – he ended.