JWCH: The end of Iranian and Turkish fairy tale. Favorites in semis 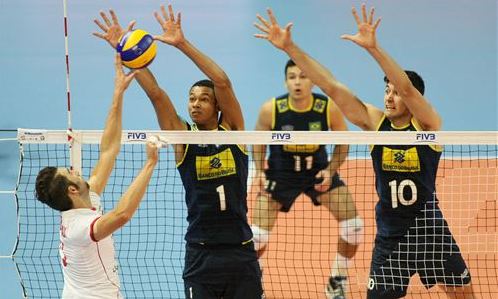 We already know four best junior nations in the world. This bunch consists of three European teams completed by the South American boys of Brazil. Two revelation of the tournament, Iran and Turkey, finish their advantage on quarterfinals because both lost respectively against Brazil and France. Italy beat Argentina after a thrilling five sets match. The last free spot was filled by Russia that overcame India.

Alan Souza’s great performance in both offence and blocking contributed to Brazil’s domination in the first set that led to a final score of 25-21, shaped up by Leandro Santos’s fast attack through the middle for the last point. With Iran’s captain Javad Hosseinabadi stepping up his spiking efforts, his team tried to stay competitive in the second set, but Souza’s attacks continued to create a lot of problems for the opponents and Brazil doubled their lead with a final 25-20. Cheered on by the many Iranian supporters on the stands, the team of coach Farhad Nafarzadeh did their best to look for a come-back, but, on the other side of the net, Brazil proved way too strong. Souza’s one-man show continued.  He added another 13 points to his tally, including the one that closed the set at 25-22 and the match at 3-0.

Italy opened a four-point gap by the second technical time-out of the first set, but immediately after that Argentina scored 5 points in a row with Fernando Arpajou behind the serving line to take the lead. However, the South Americans could not hold on to it any longer as Italy reacted immediately to up their performance again and rush to a 25-20 win. Argentina’s lead in the second set went as wide as seven points at 13-6. Italy managed to catch up at 22-22, but did not find the strength to completely turn things around as Gonzalo Quiroga capitalised on the first set point with a successful block-out for 25-23.

In set three Argentina took advantage of Italy’s many unforced errors to establish control and win it by 25-20.  Italy responded with an impressive 25-15 in the fourth set with substitute player Gabriele Nelli contributing as many as 8 successful spikes. In a closely contested fifth set the gap never went wider than one point through 11-11. This is when Italy made their final run to the semifinals. With Luca Borgogno serving, they scored 4 points in a row to end the match at 15-11 and unleash the celebration.

Despite making more mistakes than their opponents, the Russian side completely dominated the first set in spiking and blocking and managed to win it by 25-21. As coach Mikhail Nikolaev’s team reduced the unforced errors in the second set, put a lot of pressure on India with their efficient serves (6 aces in the set!), and continued to show their high-class performance in offence, they cruised to a speedy 25-15 win. Russia was far too strong for their Asian opponents in the third set as well. Their unstoppable attacks, especially by Victor Poletaev, gave them what they needed for another speedy victory – 25-16 in the set and 3-0 in the match.

Turkey rushed off to 4-0 and 8-2 leads in the first set, but France quickly caught up at 11-11. The score stayed level through the 19th point, but then France’s excellent blocking continued to shine and made the difference in this set – 25-21.

France started strong and finished strong in the second set. After the second technical time-out Turkey scored four points in a row to level the score and even took the lead, but could not hold on to it. The home guys made far too many mistakes and France did not forgive them for that – 25-22.

The third set was by far the most interesting one. Inspired by the enthusiastic crowd at Baskent Volleyball Hall and facing a last chance to make their way to the semifinals, Turkey stepped up to the challenge. The fierce battle on the court led the local heroes to a 24-22 advantage. However, cold-blooded France survived three set points to emerge victorious at 27-25. 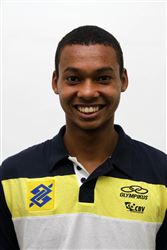