JWCH: Who will bring up new stars? Juniors are fighting for gold! 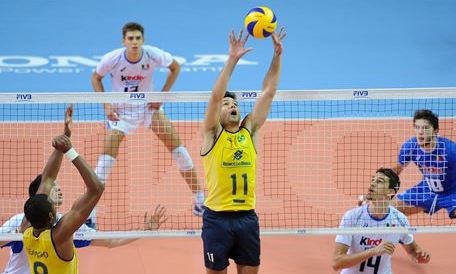 FIVB Junior World Championships has been launched in Turkey. Will a new talent hatched during the tournament or will Russia extend supremacy? The most interesting match of the opening day fall prey to Brazil. The young “Canarinhos” beat the European Champions of Italy. The host overcame India being led by Metin Toy, growing star of World Volleyball.

China took advantage of the too many mistakes Morocco made in the first set to establish control of the scoreboard and gradually move to a final score of 25-21.  Thanks to some excellent serving, the African team rushed into the second set with a 4-0 advantage, but it did not last long.  China’s powerful blocks not only brought the team from behind, but also helped them break away in the score. A fast attack by Zhen Qin (CHN) shaped up the final 25-19 in his team’s favour.  With a whole-hearted fight for every ball, the Moroccans were able to keep up with China’s pace through the second technical time-out of the third set, but then the Asians managed to stay more focused on court to gain advantage.  In the last rally of the match Tingwei Yan (CHN) reaffirmed his team’s great performance in offence by finding the empty spot on the opposite side of the net with a brilliant hit for the final 25-21.

Morocco’s captain Zouhair El Graoui topped the scorers’ chart of the match with 21 points. Tingwei Yan with 12 points and Zhen Qin with 11 points were China’s most prolific players in this game.  The winning team’s strongest weapon was the block.  It contributed 10 points to the victory, nicely spread out among all Chinese players.

The home guys completely outplayed their opponents in the first set and left no doubt over their intentions in this tournament. With better performance in all elements of the game the Turkish team took the first set by a convincing 25-16.

Their domination continued through the second set. They seemed eager to please the audience with some smart plays on the court and it paid off with a 25-17 at the end of the set.  In the third set India stepped up their efforts to unveil some of their potential and managed to at least stay close behind their opponents in the score for a while.  However, a tremendous blocking performance by the local heroes gave them the comfort to secure a straight-set victory as they increased the pressure in the conclusive moments to rush to another 25-17 at the end of the set.

The Turkish team managed to tally up a total of 12 kill blocks in the three sets of the game.  Metin Toy contributed 16 points to his team’s success to top the scorers’ chart of the match.  Substitute Kumar Sohan was the best scorer on the Indian side with 7 points.

Estonia’s great blocking efforts helped the team take control at the beginning and at the end of the first set in spite of the several aces that Iran managed to score to come from behind and maintain a lead through the middle part.  The 25-22 outcome of the first set in favour of Estonia prompted an immediate reaction from the Asian team. The Iranians established complete domination on court and closed the second set off at 25-11.

The exceptional serving performance of Iran, particularly by captain Javad Hosseinabadi (5 aces in the match), continued as the team broke away in the third set.  The European team tried to fight back and almost caught up in the score, but their excessive unforced error in the conclusive moments enabled their opponents to win it by 25-17.  A fierce battle between Iran’s continual attacks and Estonia’s fantastic blocks marked the beginning of the fourth set. The team around coach Urmas Tali gained an edge, but could not hold on to it.  Once again, too many mistakes in their play allowed Iran to achieve an incredible run towards the final 25-22.

Iran’s Javad Hosseinabadi and Estonia’s Renee Tepan became the top scorers of the match with 19 points each.  The winning team’s strong weapon, the serve, brought them an impressive 10 direct points towards the victory, while Estonia managed to score 11 points on block.

Mexico took the lead at the beginning of the first set, but Japan gradually caught up to level the score and prompt a dramatic point-for-point battle over the following several rallies. In the conclusive moments of the set, the emotional Mexicans edged out their opponents with more successful blocking efforts and a block-out by Irving Gonzalez that closed it off at 25-23.

The second set was also very tight. Good blocking and digging on both sides produced some long rallies to the spectators’ enjoyment.  After several switches in the lead, a kill block by substitute player Tsubasa Hisahara well into overtime put an end to the set at 29-27.

Set three was relatively one-sided. Japan stepped up their blocking and offence to pile up a solid advantage and win it by 25-17, despite a great performance by Gonzalez on the other side of the net. Gaining more and more confidence, the Japanese rushed into the next set with an impressive 8-0 run on a successful serving streak by Kentaro Takahashi.  Mexico’s efforts to fight back did not pay off and the team from Asia engaged in one of their unique celebrations upon winning by 25-16 to end the match.

Irving Gonzalez tallied 17 points for Mexico to become the best scorer of the match. Team-mate Roberto Rincon added 16 (4 blocks). Naoya Takano was most prolific for the winning team with 14 points.

The main technical difference between the opponents was the reception which caused a lot of problems for the Rwandan team and allowed USA to use their service to win the first set widely 25-11.

However the Rwandan team improved their reception relatively in the second set, but USA continued to use their spike service as well as their big weapons in attack Thomas Jaeschke and Benjamin Patch in attacks to win the second but harder 25-18.

The third set was another picture as the Rwandan team fought hardly for each ball and started to use the proper setting to captain Aimable Mutuyimana who extracted all the power and scored the crucial points for his team to win the third set 29-27 after a great fight.

Again USA used the spike service to disturb the Rwandans to win the fourth set 25-14 and the match 3-1.

Scoring 12 aces against only 2 for Tunisia, Canada used their razor sharp services to disturb the Tunisian defence and stop their attacking strategy. Canada also dominate the blocking activity at the net winning 12 stuff blocks against only 4 for the Tunisians and these technical statistics made the difference and settled the situation for the winners.

Canada overwhelmed the net action in the first and second sets through their strong service and proper building up of the attacks through the skillful setter and team captain Milan Nikic as they succeeded to win widely 25-15 in each set.

When the viewers expected straight sets win, the Tunisian team rebounded and improved their defence and increased their fighting power to win the third set after good performance led by Oueslati and Garfi 29-27.

Brazil started using their unstoppable sharp spike services which put a pressure upon the Italians. Brazil led throughout the set till they won 25-21.

The second set was the most exciting with the Italian big gun Luigi Randazzo sending his sharp hits from all the net positions as they lost 6 set points before Brazil rebounded and kept rhythm to win the Marathon set 35-33.

The Italian team again committed frequent mistakes in the third set, while Brazil team was more motivated to continue their lead until they won the set 25-23 after a great fight from the Italians.

France started the match aggressively and succeeded to have the start fever thorough their concentrated attacks and the proper service. France lead 7 to 3 in stuff blocking, and 4-0 in serve aces.

After a great start France was ahead 25-17 in the first set, before Venezuela played their best in attacks during the second set using Martinez to penetrate the solid French block as they led many times but France succeeded to win the crucial points to win narrowly 26-24.

Again France regained their dominance in the third set to win widely 25-18 with Winkelmuller doing a great role. 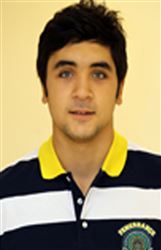