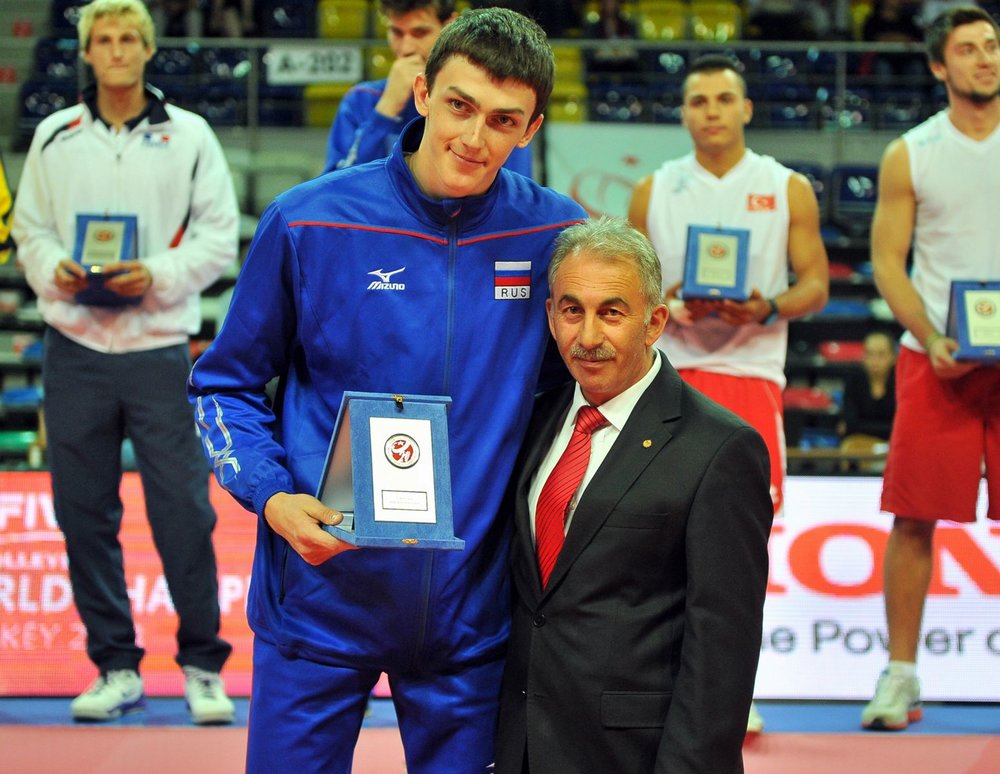 To say that Ilyas Kurkaev is a newly discovered talent would be incorrect. The 22-year-old middle blocker has been a regular starter in the Russian Superleague for the past two seasons and is touted as one of the country’s most promising players.

It is not difficult to find tall volleyball players in Russia but it takes athleticism, perseverance, and a range of skills to make them national team candidates. This is the reason why few succeed. Ilyas Kurkaev is, however, someone who doesn’t have such problems. Already standing out as part of Lokomotiv Novosibirsk’s junior formation, Kurkaev waited patiently before he gets regular first-team volleyball. He even spent last season in Krasnoyarsk where he helped the small local club Yenisey finish 7th at the end of the regular season. Yenisey was among the pleasant surprises of the 2015-2016 campaign and Kurkaev played his role for that.

The middle blocker returned to Novosibirsk, a club he first joined in 2012, for the new season and the newly assigned head coach Plamen Konstantinov from Bulgaria gave him the much sought after starter position. Kurkaev and his teammates enjoyed a great run in the first ten matches of the league, scoring nine wins. The last one at home versus a usually difficult opponent, Belogorie Belgorod (3-2), cemented the club from northern Russia on the second position in the table and gave them an extra boost in the matches to come. Kurkaev contributed with 11 points. Earlier this season the middle blocker finished with 15 on three occasions (away versus Gazprom-Ugra Surgut (won 3-2), at home versus Ugra-Samotlor Nizhnevartovsk (won 3-1), and away in Ufa versus Ural (won 3-2)). The youngster is the current leader in the individual blocker rankings with 29 stuff blocks (0.83 per set).

Ilyas has a very high reach which, apart from his 208 cm in height, makes him a formidable opponent at the net. He moves quickly to positions 2 and 4 and can even be considered fast for someone his height. He has a good attack technique which combined with his decent pace results in a very athletic middle blocker’s profile. The only remark one may have is his serve. His floats are satisfactory but the aggressiveness can certainly be enhanced.

The youngster made his international debut under Vladimir Alekno’s guidance at the World Cup in 2015. He entered the court in the opening match versus Venezuela and was given more court time in the following days in almost all remaining matches. The Russian selection has been aging, with a few new faces having been introduced lately, and Kurkaev, 2013 U21 and 2015 U23 World Championships winner, is among the names to get the baton.