Teodor Salparov: Russia is under pressure. We hope a great result 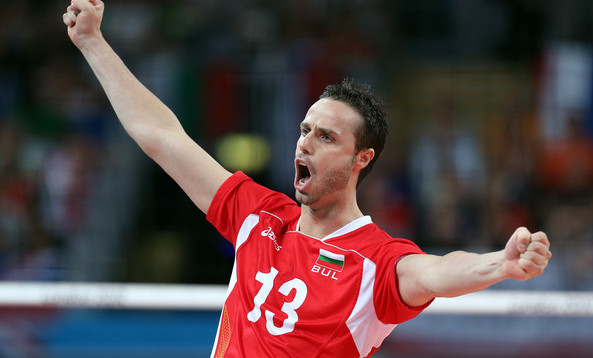 Bulgaria was beaten by Germany in Gdynia on the last leg of the EuroVolley 2013. However, “Bulgarian Lions” still believes in success. A libero of Bulgaria, Teodor Salparov, describes the reasons of the failure, his attitude before the game against Russia, and all expectations associated to the European Championships.

What was wrong with your team today? You already led 2-1 to finally lost the game in tie-break?

– We wasted a chance to win the match 3-0, cause we led 24-23 in the first set and had the decisive counterattack ball in the air, but Germans set up a successful block, and then the game became extremely tough to both squads. Our play was still fine, but the opponents are in terrific shape not only physical, but also mental. We watched their first Monday’s fight against Russia and they played really good. Now, we’re thinking about next duel.

This duel is going to be exactly against Russia, which is always competitive enemy, isn’t it?

– Russians are always very hard, but wait and see. They’re under huge pressure after claiming the Olympics and this year’s World League edition and now they have to win the European Championships, where act as the major candidate for the victory. On Friday, they was defeated Germany 0-3. It was a relevant surprise. This is sport, this is volleyball!

Today’s failure versus Germany may inconvenience you and your teammates…?

– As I said this is sport. I think it was very good match for all watchers, which was ended up with the score 2-3. Two very good teams participated here. It is always difficult facing Germany, one time we’re upside,  another time them, but it’s hard every time.

Last year, Bulgaria ranked 4th in London while in World League 2013, you also brought up among best 4, but without a medal. Are not you already tired due these unhappy achievements?

– Yes, however I have already  got a bronze medal from EuroVolley 2009 in Turkey, but you’re right, we have been just behind the podium many times. We were so close and I hope us to be able to achieve a good result and finally conquer the podium this year.