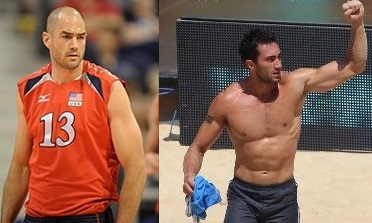 Summer 2013 is slowly passing. Just over one month remaining until the start of the club season 2013/2014. Some of players have already launched preparations and do their job in the gym while others are out of work, so volleyball agents are still trying to palm them off onto some teams Find out the results here!

It is commonly known there are naive people in the world, however, who would expect you can find them among management staff administering any sports club. It is talking about  Lanza Verona that  decided to employ Matteo Martino, the “enfant terrible” of Italian pallavolo. The case is even more interesting, because Verona just found a brand-new sponsor “Calzedonia Group”, and has founds to find someone less confrontational.

In recent years, Martino has been playing in Sparkling Milano, Lube Banca Macerata, Casa Modena, and Jastrzebski Wegiel and you may claim only play in Milano and the first in Macerata were successful.

Matteo Martino may easily write off the last season in Poland. While wearing the jersey of Jastrzebski Wegiel he did not find understanding not only with the coach, but also with part of the players. As a result he spent a lot of time on the bench. What is more, Martino was instigator of all conflicts.

“I don’t want to talk about him…! It is very nasty experience to me. Me and my team wasted so much time and energy due to Martino last season. Now, I want to focus on the new season and not to look back the annoying memorises,” Lorezno Bernardi, the coach of Jastrzebski Wegiel summed up his adventures with Matteo Martino.

This year, Martino will be being tamed by another legend of volleyball Andrea Giani. The new coach of Calzedonia Verona has to have a hope that Matteo will “use his brain” to change his character, but “who lives in hopes will die by hunger”…

A 35-year-old Clayton Stanley will play next season in the Japanese team of Suntory Sunbirds, who finished in fourth place last season.

American “bombardier” will replace the Brazilian Wallace Martins, who was forced to leave the club because of health problems.

Stanley is one of the most trophy players in new volleyball era. With the national team of USA he won gold medals at Beijing Olympics and World League in Rio de Janeiro, both in 2008. He also has three gold medals won at North American Games (2003, 2005, 2007).

The upcoming season will be the first for Stanley after one year break. “Clay” appeared at the international stage in London during Olympics 2013 then he was signed by Lokomotiv Novosibirsk to finally leave the team because of very serious injury.

Clayton Stanley is another star, who will earn money in Japan, since Dante Amaral moved to Panasonic Panthers a month ago.

The Asian, but this time South Korean, direction was also taken by Cuban opposite Michael Sanchez Bolzueva. The 27-year-old player spent last two seasons in Russia, where he first played for Lokomotiv Novosibirsk, with whom he won the Russian Cup in 2011. He was selected as the most valuable player of the tournament.

Then he went to Fakel Noviy Urengoy, but in the team led by Ferdinando De Giorgi he did not play a single game so during the season he moved to Qatar, in the team coached by famous Ljubomir Travica, Al-Rayyan VC.

After this short adventure in Qatari league, Cuban with the nickname “The Russian” decided to take his chance in South Korea. He signed a contract with the current runner-up of that country, Incheon Korean Air Jumbos, in which he will replace the Slovak Martin Němec.

Sanchez gained his nickname because he was born in Kiev, Ukraine from Cuban father and Russian mother. He was raised in Cuba where his parents returned when he was only 2-years-old.