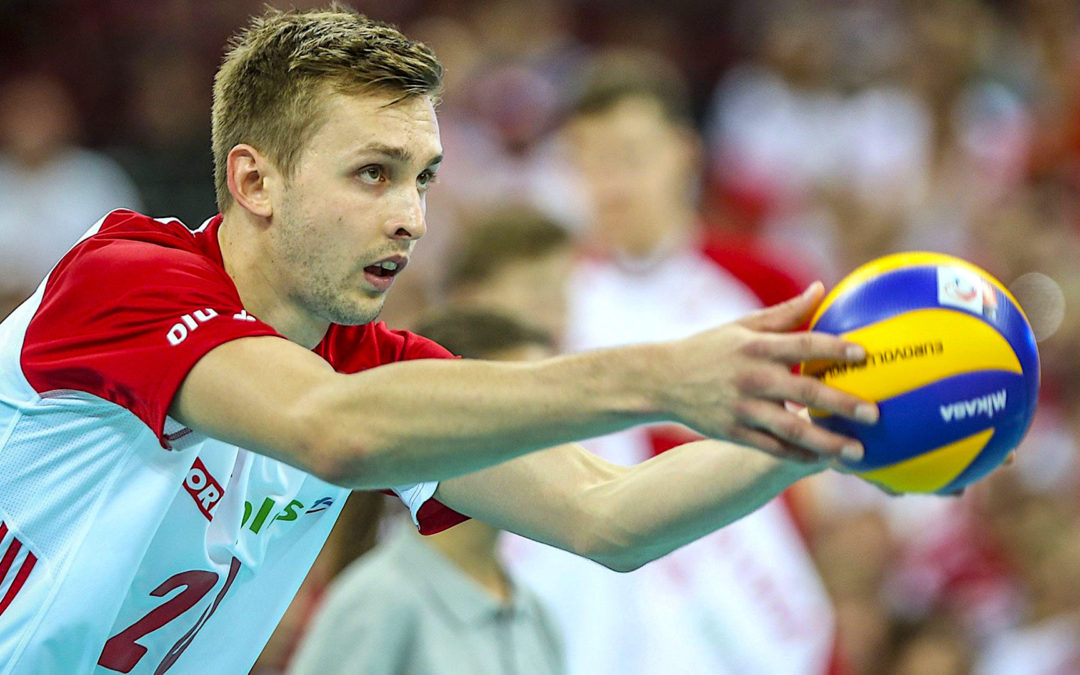 Mateusz Bienek is one of the younger volleyball Polish talents who appeared on the world stage in the last years. Bienek played his first match for the men’s national team in 2015 during the preliminary phase of the World League against Russia. It seems that this was quite a proper move by Stephane Antiga, the head coach of Poland in those days, since Bienek got the Most Valuable Player award in his debut.

Only for four years in “Drużyną Polska” he won a bronze medal in the World Cup 2015, participated in the Olympic Games in Rio de Janeiro (2016) and became a world champion in 2018 during the championship in Italy and Bulgaria. Due to the latest achievement he was honoured with one of the most prestigious orders in Poland – the Golden Cross of Merit (together with the assistant coach Michal Gogol, Bartosz Kwolek, Damian Schulz, Artur Szalpuk, Aleksander Śliwka and Damian Wojtaszek. On a club level Bienek played in Effector Kielce between 2013 and 2016 and then became part of ZAKSA Kędzierzyn-Koźle with which he won the Polish title in 2017.

Since the very first point on high level Bienek impressed the volleyball public with his totally unpredictable and non-traditional serve. It is very efficient and in this regard the huge height of Bienek (2.10m) undoubtedly helps in order to hit the serve sharperand significantly more dangerous for the opponent.An additional problem for the team on the other side of the net is that Bienek uses both a jump float serve and a jump hard serve, but with a similar movement of the body just before hitting the ball. From this point of view it could be said that his motto is: “Expect the unexpected”.

What are the further specifics of the serve of Mateusz Bienek? Watch in the video below and for more videos and analysis – subscribe to “Volleyball Explained” YouTube Channel.