Volleyball Explained: What happens in Rotation 3? 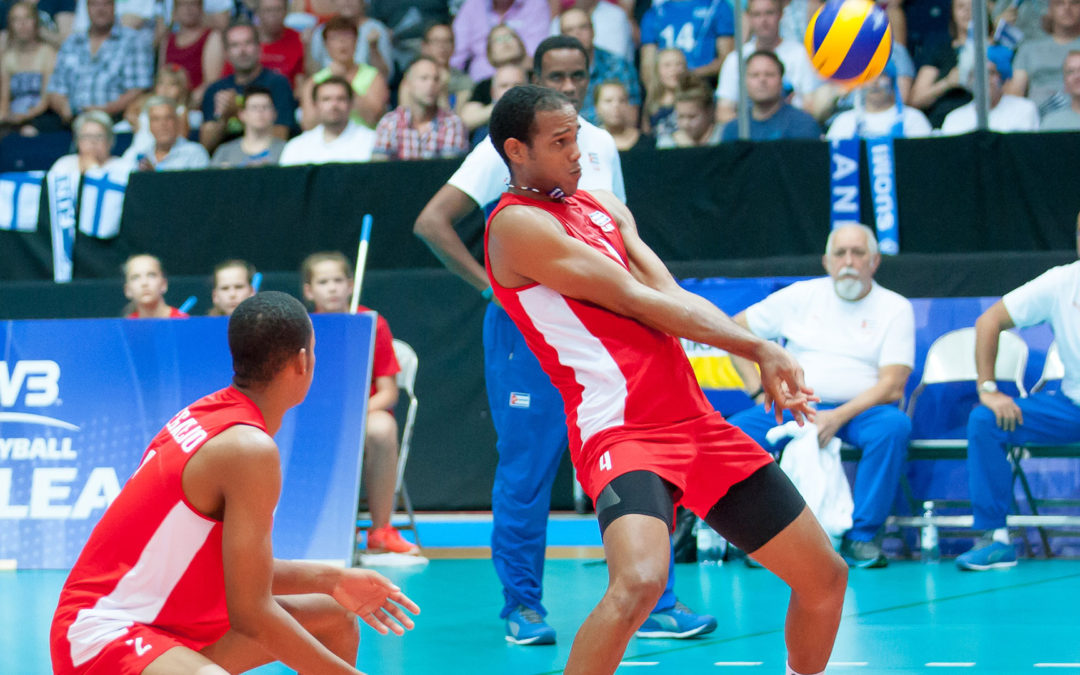 After the details of rotations 1 and 2 have been analyzed in previous two articles, it is time to make the same exercise also with rotation 3 which has its substantial specifics too. From the perspective of the receiving team the setter has the usual options on organizing the attack in order to tear up the block of the opponent by:

Unlike other rotations (1, 2, 4, 5) rotation 3 (but also 6), since the middle starts his run from behind the back of the setter allows the last one to do a more rare combination by calling the middle close, but behind. This type of attackis used by some setters (like Nikola Jovovic) very rarely. With this type of call and following a perfect reception the end blocker (the opponent’s outside hitter) should stay and help against the middle. In this case it would be more difficult for him after that to block efficiently against the opposite. That’s why in this situation most setters play with the middle or over him with the opposite.

The Brazilian magician Bruno Rezende is an exception from this rule. He often calls the middle behind and sets to him or in position 4. That could be also explained especially when the reception is towards position 2 and the opponent’s middle blocker should cover longer distance.

What are the further specifics of rotation 3? Watch in the video below and for more videos and analysis – subscribe to “Volleyball Explained” YouTube Channel.