Role Of Coaches And Parents In Player’s Development 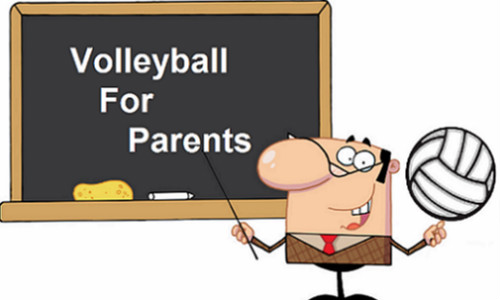 Through the years I have been working in volleyball programs and I had the opportunity to observe the behavior of parents in the development and training where their children participate.

Many of these parents are aware of the work that the coaches carried out for the development of their child, but others are not. This small group of parents who do not have knowledge of training or coaching, on many occasions have been involved to such functions, to which they do not correspond.

Some of the parents involve psychological pressure to their kids dragging attention so the athlete can overshadow others “with their talent” trying to pursuit point of attention in the event. This can lead to the rejection of the rest of the group towards the athlete and the fathers. This also may cause disinterest in the sport, missing the opportunity to create young athletes who could be productive. Ignorance or whims caused by their parents helped destroy the positive environment when they (athletes) opted to depart early from training.

Others are presented as collaborators, but not in favor of the club, but for their personal benefit.

But how can we prevent this?

A – When the club was organized by parents the parts (Coaches & Parents) agree on how they will be carrying out work of the coach and the rules that he is going to be introduced in order to avoid the involvement of others in their endeavors.

B – Good communication and definition of responsibilities between parts (Coaches & Parents).

C – Have a regulation specifying the rules to follow. (This is the most important part).

D – Provide tutorials and continuous educations to the parents.

The role of the father in this type of event must be one of work for the welfare of the team and not his son as the leading figure. Volleyball is a team work sport and based on that aspect parents also should be aware of it.

The process of preparing an athlete is could last for years, so the relationship between parents and coaches should be as healthy as possible.

Finally, I remember an anecdote I could see with my own eyes last year in a 15U male volleyball finals, where the Coach had taken an important technical decision in the game that favored them and his team won the championship. During the celebration the person who presided over the club approached to the coach, and said to him, “You’re Fired”.  Simply because he didn’t like the decision made. The coach count with FIVB Level 3 preparation and the person who was presiding over would know nothing about volleyball, only that his child play with the team!

So, our advice: Just be careful and try to maintain a positive attitude towards the kid and the coach.