The Blog of The Volleyball Lover: Champions League Emotions 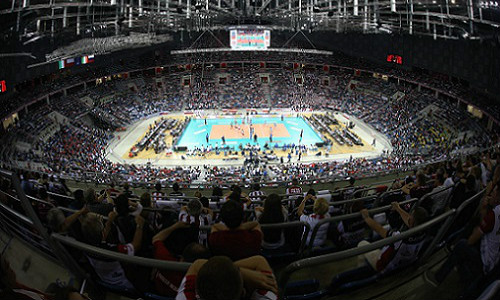 Well, it  seems I have lied to you (I am soooo sorry) and there was not a Saturday blog post … But! I can explain (sure, I can imagine everybody’s telling that when feeling guilty :))!

And my explanation is (of course) called The Final Four of 2016 Men’s Champions League.

To be fair I had prepared a post for this Saturday but there I was, watching Laola Tv (yeah, I couldn’t go to Krakow… and yeah, life is unfair sometimes 😀 ) …realizing that there is something more important that I’d like to share with you this week.

I am a fan but normally I am not showing this much of emotions during the match (especially if I am working; writing a report means to me “poker face”).

Except of the Finals of  last European Championship in Sofia (where I lost control and I forgot about journalism neutrality and was rooting for Team Bulgaria) and except my first Champions League matches maaany years ago, I am not the kind of people showing emotions in the sports hall.

This Sunday I was watching the final match between Zenit Kazan and Trentino Diatec. This time, the emotions that I had were not “explosions”. They were kept in secret: as the biggest things that happened in my life – not to be seen outside but making difference from inside.

While the led by the Bulgarian coach Radostin Stoytchev Trentino was losing after leading 2-0 I happen to read some comments in a group in Facebook. Facebook group dedicated to the ex- head coach of the Bulgarian National team and the ex-player of the same team – Matey Kaziyski.

You know what I’ve seen there?  There was the purest volleyball emotion.

And in none of them have I seen a negative or an offensive comment.  What I ‘ve seen were people loving volleyball “praying“ for their team; people – so passionate about the game that they live about it; they suffer and they are happy. And there are no explanations but one is sure that their emotions are real.

Real emotions. Something that we are missing in our unreal, social world.  Real emotions that one would also read on the face of the best setter in the F4 – Simone Giannelli who was so much frustrated about the loss so I was thinking to myself – wow… wow… wow… You would read on his face the emotion.

The fact that so many people have commented the match, with so much of enthusiasm showed me once again which is the biggest volleyball power- it’s not the win or the loss, but about uniting. Different people, different social status, different problems (I suppose) …united by one power; the power of volleyball that creates good (despite one’s loss).

I happen to read comments of Trentino’s fans. But I am sure that the ones by Zenit’s ones would also bring me joy – because volleyball fans are the best ones.