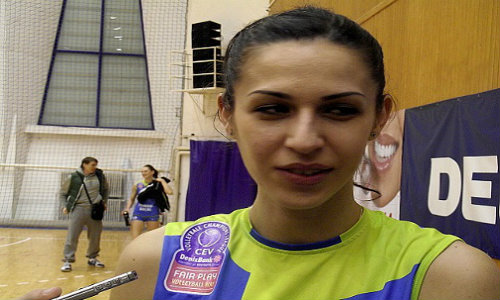 We are currently living times when freedom of speech and other fundamental human rights should be not be doubted or questioned whatsoever. It looks like the Romanian volleyball federation seems to be disobeying exactly the reasons why innocent people had fought for in December 1989: human rights and liberties.

The scandal started in early 2015, when Romanian volleyball player, Alexandra Sobo, decided to leave the national team camp due to a severe shoulder injury. The Romanian federation decided then to fine the player for simulating an injury despite the fact that Alexandra had shown medical documents confirming her injury and the necessity to stop practicing for one month.

On a second occasion, the player was fined again after the European championship in Netherland and Belgium. This time the reason was her so called lousy performance, even if the statistics stated the contrary: Alexandra was one of the best scorers of the Romanian national team.

This year, the Romanian national team got reunited for two months to prepare the qualification grand prix. Alexandra was present but got injured and suffered  meanwhile a knee surgery. She left again the national team camp, persuaded that her presence there was useless. She had informed before the coach and the president of the federation. Despite that her medical diagnostics confirmed the impossibility to play, the federation proceeded again to fining the player. The final amount raised up to 4800 euros, ridiculously big when comparing with the minimum salary which reaches 300 euros.

The situation of Alexandra Sobo is not singular, in fact, Adrian Gontariu, one of the most famous Romanian male players, is currently fighting with the federation for the same reasons. There are many questions demanding urgent clarifying. Why in 2016, when we fight for human rights and fundamental liberties, a player is forced to compete for the national team, endangering her health and her career? Why when a player stands for his / her rights is so severely fined? Why is the federation conducting such abusive behavior and carrying out a wrong system?

“I sued the federation, I will keep searching justice in the court, because the discipline committees give me no chance. But I would like to make everything public and therefore help players in similar situations. We are currently in 2016, not 1989.” (A. Sobo)

“How did she obtain all these medical documents? She has a good lawyer who managed to procure them for her. There were cases when she brought them later.” (G. Visan, the president of Romanian Volleyball Federation)