What is the Volleyball Participation across the Globe? 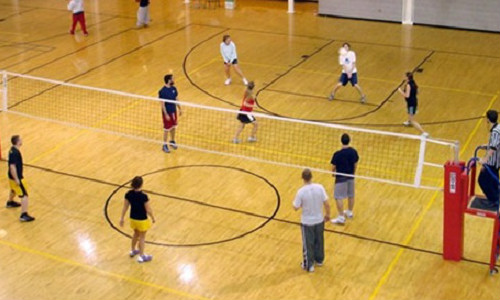 Many claim that volleyball is the fifth most popular sport in the world considering the number of fans it has. What is more, with the 220 national federations under the umbrella of the FIVB, some say volleyball is one of the sports with the highest number of recreational participants globally. But what does the actual data say about that?

We have examined more than 30 public documents reporting the amount of volleyball participation for various countries across six continents. We have measured what percentage of the population takes part in the sport in each of the 30+ countries and compared the results to find out where participation is highest amongst the population.

The different data was gathered by undertaking surveys by public sector institutions (e.g. sports federations, departments and ministries of sport) or private organisations (e.g. Deloitte), asking people what their sporting habits are. A sample of respondents is chosen which, if representative of the entire population, can provide a clear picture of participation rates and trends.

However, as it is difficult to get unanimous, comparable data across countries, the results are relying heavily on the survey criteria. For example, two countries can report two different participation rates, even though they may have a similar percentage of the population playing volleyball – if the question in one of the surveys is ‘How many adults over 25 play volleyball at least once a week?’ while the question in the other being ‘Have you played volleyball in the past year?’. That is why we have given you the survey criteria for most of the individual reports.

Secondly, some samples are not representative of the entire population, as is the case with the Brazilian survey done by Deloitte, which takes into account mostly people from the Sao Paulo metropolitan area and its adjacent regions.

Thirdly, some of the data is already rather old. For example, although the Italian document has been published in 2005, the latest data collected in it is from the year 2000. Therefore, for 15 years many things could have changed and the percentages might be totally different now.

Finally, there are some notable absences in terms of countries present in our comparison. For various reasons, we couldn’t find any data about volleyball nations like Cuba, Russia, China and Iran, as well as about other key nations such as India, Argentina, Greece, etc.

Nevertheless, despite the limitations of this approach, we can observe interesting trends if we focus on the trends and not just on the individual results.

What does the data show?

First thing to say is that one should not be put off by the percentages which seem rather low in some cases and extremely low in others. The lowest participation rates in sport across almost the entire world, especially for people over 25 years of age, are for team sports. With sports participation rates in general ranging between 20% and 60-70%, anything above 2-3% for volleyball is huge.

If we look at the data, Poland leads with a questionable 13.8%, followed surprisingly by Qatar with 10%. The top 5 is completed with having three volleyball nations – Italy, Turkey and Brazil with 6.7%, 6% and 5% respectively. The other members of the top 10 are Morocco, Palestine, Saudi Arabia, Japan and, curiously, New Zealand.

The big sporting powerhouses like the USA, the UK, Canada, Australia, Spain, France, etc. show disappointing results with very low participation rates. We have also found documents about countries like South Africa, Ireland and parts of the UK (Scotland, Northern Ireland) where data about volleyball was not present in the report, implying that the participation rates are zero or close to zero. Germany was the only established sporting economy with a relatively high levels of participation – 3.8%.

Lastly, this data shows once again that the popularity of volleyball is not spread evenly across the globe. The sport is very big in the developing world, particularly in the Middle East, North Africa, the Levant, Southeast Asia, the Indian Subcontinent and Brazil. In Europe, the sport is popular only in an isolated group of nations such as Poland, Italy and Turkey.