10 Best Volleyball Colleges in the US 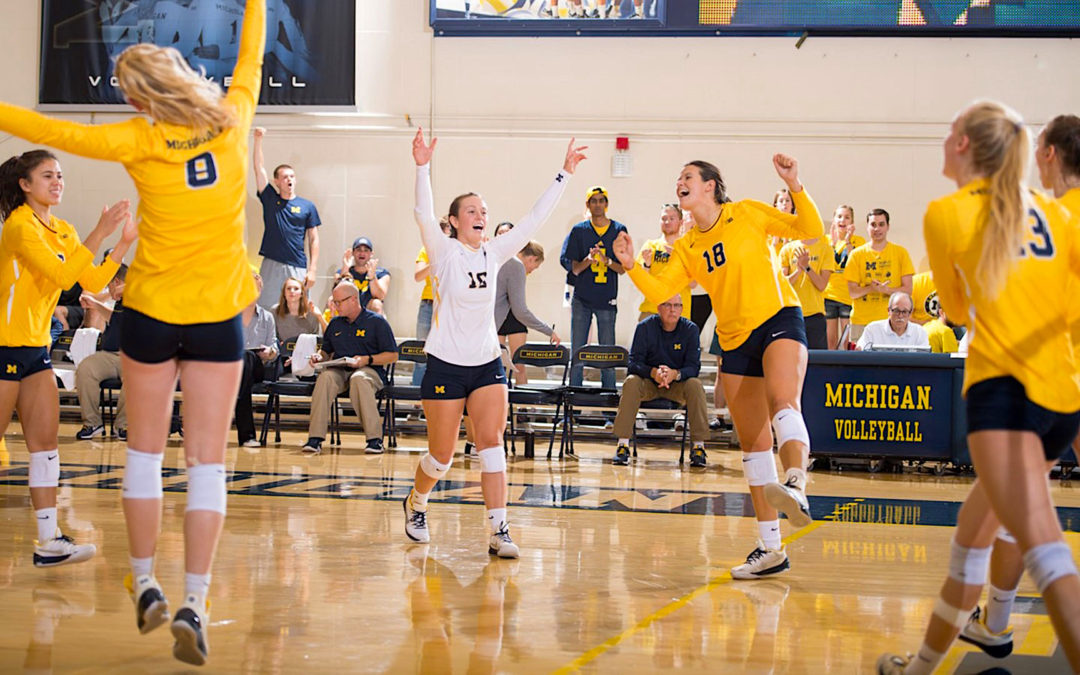 For a student who loves volleyball, college means nothing without the volleyballs and the nets. They thrive to do this and, if they don’t pick a college that offers a fine volleyball program, they feel disappointment and lose their motivation.

Thankfully, there are colleges with a great volleyball program, just like there are lists of best football colleges in the US. To help you, I’ve researched the institutions that offer this program, and came up with the 10 best volleyball colleges you should definitely be considering as a lover of this sport.

The women’s volleyball program at the Michigan State University is one of the oldest programs in the US. At this point, they have over 20 appearances in the NCAA Division, with a number of three times that they’ve got to the regional final, and once to the semifinal (in 2017).

The winning record of this university is around 59% and it’s been led by Cathy George. To be more, the college offers some great scholarships to proven volleyball players.

The Penn State volleyball team puts this university in the top volleyball colleges in the country. It’s the most dominant team in the US, with an amazing total of seven champion titles at the NCAA Tournament. Their success depends on the hard work of the great players and their coach, Russ Rose, who has led the team since 1976. He has the highest winning percentage compared to every coach in the history of the NCAA Division I.

Brigham’s volleyball team is led by Coach Heather Olmstead, the woman who’s been training them for four seasons at this point. The women here made it to a total of 30 out of 38 NCAA volleyball national championship and haven’t skipped a year since 2012. The team went as far as runner-up back in 2014, and was West Coast Conference champion in 2012, 2014, 2015, 2016, and 2017.

Harvard is the leader in many things, including sports like volleyball. It’s no wonder that it belongs in the list of volleyball colleges, too. If you manage to get in this university, you can take part in their very competitive volleyball program. But, be prepared for a lot of learning, too, since you’ll be attending one of the most prestigious universities in the world. In fact, in universities like Harvard, many students go to Edubirdie.com for essay help to boost their chances at high performance and with it, amazing prospects for the future.

The Harvard Crimson team is member of the Ivy League conference and the NCAA Division. Ever since it was established in 1981, the team made many tournament appearances. It was also named the Ivy League champion in 2004.

The athletic program of the California Polytechnic State University considers their women’s volleyball team to be the most successful group of sports players. It’s quite clear why – the team won two Big West titles in two consecutive years (2006 and 2007), and is a constant addition to the NCAA Tournament.

The team at the Kansas State University competes in the Big 12 Conference and the Division I of the NCAA. They started playing in 1974 and since then appeared at 19 NCAA Tournaments. Kansas State’s volleyball team has the name Wildcats, and has been named the Big 12 season champion in 2003.

Not many colleges can say that they take part of both the Big 12 Conference and the NCAA Division, but Iowa State’s Cyclones are part of the small group. Their coach changed in 2005. Now, the coach is Christy Johnson Lynch, the person who takes the team to the prestigious NCAA Tournament every year since the start of her career there. Their results are impressive – three times to the Sweet 16 and two times to the Elite 8.

The best part about this team is that since 2005, they’ve produced 22 All American Athletes.

Back in 2004, the coach Dave Schondell took over the volleyball program at the Purdue University. He turned a successful team into a great team, and the program into one of the best programs in the US. The Boilermakers have made many appearances in the NCAA Tournament and got to the regional finals two times, in 2010 and 2013.

The Cardinal at Stanford won the NCAA national championships seven times so far. This makes it one of the best volleyball programs in the country. The team is led by Kevin Hambly and has produced amazing athletes like Kerri Walsh Jennings, Logan Tom, and Foluke Akinradewo.

The widely known Gators are one of the top ranked teams in the NCAA Division I and the Southwestern Conference. Their coach, Mary Wise, takes the team to the tournament every year and as a result, she’s been named the NCAA Coach of the year three times so far.

Have you made your choice? If you haven’t, start visiting campuses and applying for these colleges. These are opportunities you can’t afford to miss!

Robert Everett is a sports writer and a former handball player. After a grave injury to his shoulder, he decided to pursue the career he’s always dreamed of – writing about sports. In his many articles and blogs, you’ll read about the greatest athletes and their accomplishments.