5 Volleyball Legends We Should Always Remember 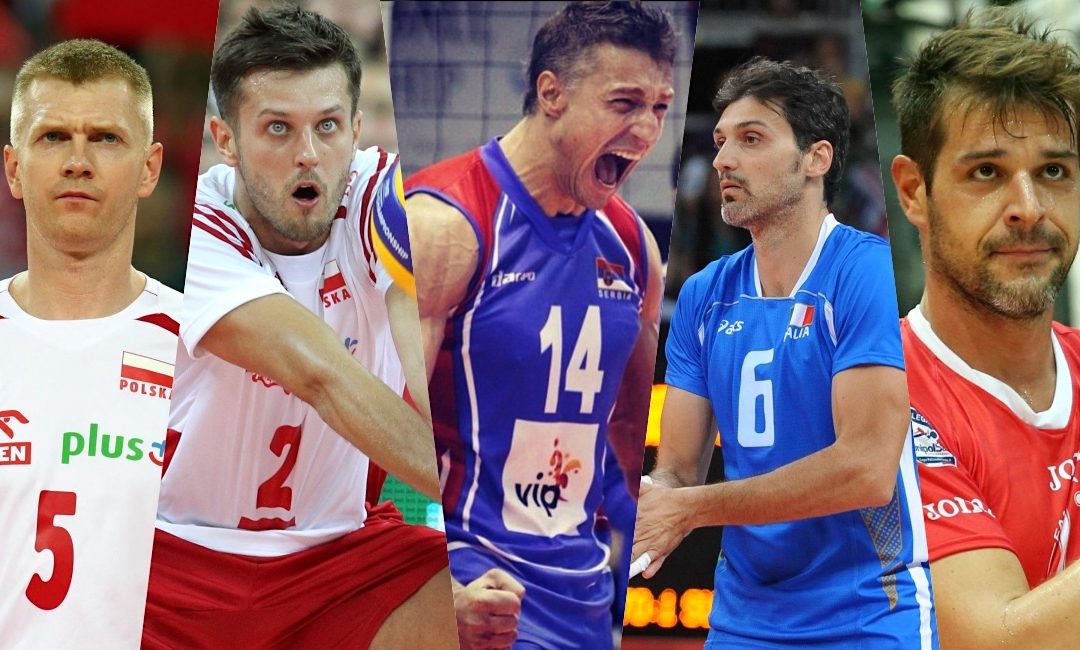 Before the beginning of club season, the discussions concentrated mainly on the top players starting in their new clubs. Anyway as the polish website WP reminds, this volleyball year have started also without several legendary players, who played their last matches in a previous season and therefore the volleyball is going to miss some of its iconic characters.

The celebrity of polish volleyball and the unreplaceable brain of Polish national team Paweł Zagumny decided to end his volleyball career. As 39 years old he would like to start a new chapter of his career as a volleyball coach. Setter with nickname “Guma” achieved his biggest victories when he got gold from WM 2014, EM 2009 and WL 2012 and literally he won a bunch of medals throughout his club career in Poland, Italy and Greece. After the announcement of his retirement, special volleyball sport event have been prepared and the biggest volleyball stars such as Giba, Nalbert, Antiga or Grbic participated in his last match.

The Plusliga have not lost just one of its most shining setters, but also the internationally well-known spiker Michał Winiarski. He played most of his career in Polish clubs, but also got experience with Russian league and he reached his peak playing for Italian Trentino Volley. For 10 years he participated on national level and represented his country while gaining the gold medal from WM 2014 and from World League 2012. Throughout his career, he was awarded several individual prices and was well known mostly because of his great reception and defence, which made him an asset for every club, which he played for. Since he is very popular in Poland, he will try to continue his volleyball career as a volleyball coach.

Alongside with Winiarski and Zagumny, also the 39 years old libero Piotr Gacek announced retirement and will not further take part in this year competition.

After the retirement of wing-spikers Papi and Zlatanov Italian Piacenza lost its two stars, which helped the team to remain for a decade on the top of Seria A. Both represented Italy and lead it to the biggest wins and Papi remained part of the national team for 19 consecutive years and played over 330 matches. Throughout their careers, they have never left Italy and achieved different individual awards on national as well as club level. After successful season, when they played alongside with De Cecco or Simon, Piacenza got into financial problems, but they supported their beloved them also in those “darker” times and helped not just to finish the season, but have built well-working symbiosis with the fans and together with them helped to stabilise the financial capabilities for upcoming seasons. Therefore not just the Italian team, national federation, but also the whole volleyball world is hoping that those two significant players will continue to work in volleyball.

After the last season rumors appeared regarding the further career of Serbian bomber Ivan Miljković. Anyway, in one interview he mentioned that he has never announced retirement and although he is not participating in the preseason preparation as well as he did not take part in the first matches of his club Halkbank Ankara he mentioned the possibility that after several months of rest, he may continue to play. Although this possibility seems nowadays as rather very low, the Serbs, as well as Ivan’s fans all around the globe, hope that he might come back to the game.