Anastasi and Wlazły have met 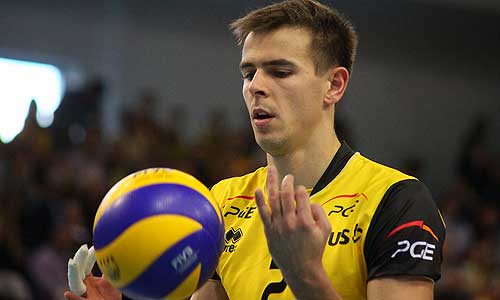 One of the best spikers in the world, Mariusz Wlazły has lost his place in Anastasi’s representation in 2010. Maybe the coach changed his opinion and we will see Wlazły in European Championship soon?

Nobody knows the result of this conversation, but one thing is obvious – this is time for changes in polish representation. After horrible performance in World League, Andrea Anastasi has to look for some new solutions before next tournament.

One of the polish newspapers has revealed that meeting in Bełchatów was the result of pressure caused by Mirosław Przedpełski.

– I can’t confirm or deny anything. That’s all I can say for now. – said Mariusz Wlazły after meeting.

Big come back of Mariusz Wlazły and Paweł Zagumny can be some kind of remedy for polish team condition. If Andrea Anastasi find the fast way to complete his present team, Poland will be a tough opponent for everybody, who thinks about medal in European Championship.