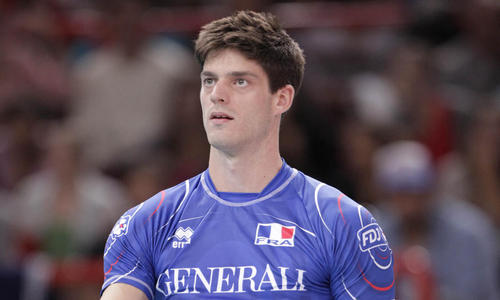 French opposite Marien Moreau during preparations to Euro Volley in Denmark and Poland got injured. This information has just appeared in polish media.

French NT coached by Laurent Tillie is now on training camp in Montpellier. Playing in turns with second opposite Mory Sidibé, Moreau badly injured his shoulder. Proof for this fact is detailed medical examination. It confirms that almost 30-year-old opposite will miss at least 4 months. It can be a significant point for French NT for selection on Euro Volley. Alternates from training camp are mentioned earlier Sidibé, Antonin Rouzier and playing as outside hitter Nicolas Maréchal, who had episode as opposite. Unfortunately both Rouzier and Maréchal seem to be not 100% healthy. Because of this to the team brought back was outside hitter Samuel Tuia.

Long time of recovery will be bigger problem not only for French NT, but also even more serious for Marien’s new club. Before injury Moreau signed a contract with new team in Plus Liga, Cerrad Czarni Radom. Club first informed media about injury on website. Club contacted with their manager, who talked about recovery time. Coach of Cerrad, former club’s opposite Robert Prygiel claims that upcoming club season for Moreau is lost. Now club has to find new opposite immediately, because they have not good enough substitute. They have only youngster Bartłomiej Bołądź, other option can be trying nominal German outside hitter Dirk Westpahl. Obstacle can be decreasing market, many good opposites found places in clubs.